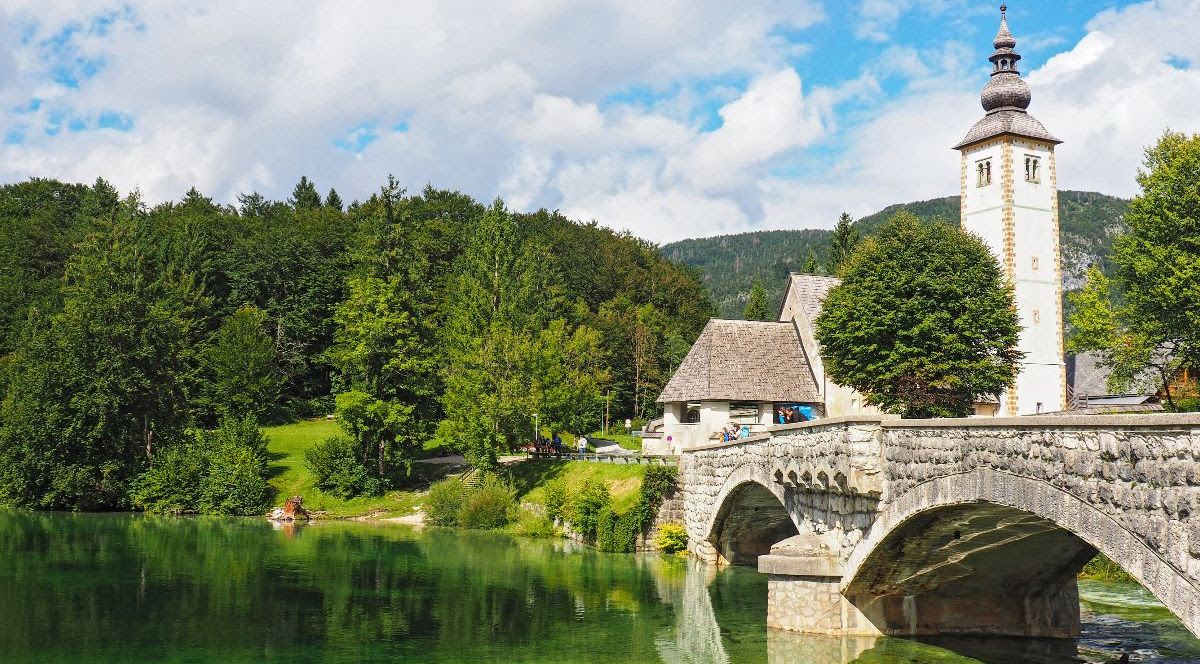 New rail journeys to France, Slovenia and Spain from Inntravel for 2020

2020 is set to be the year of rail travel and Slow Holiday specialist Inntravel encourages travellers to enjoy a change of pace with the help of its latest Journeys programme which offers an array of new self-guided rail adventures amid the most scenic corners of Europe.  Introduced for the new season are a journey to Roman Gaul, travelling between three historic French cities to coincide with the opening of a superb Roman museum, a food-lovers’ trip across northern Spain, stopping in Bilbao and San Sebastián, and the best of Slovenia, using charming, trundling trains to visit both the Alps and the Adriatic.

By resisting the temptation to whizz by in a blur, travellers get the chance to make some remarkable discoveries entirely at their own pace. In this way, scenery, traditions and cultural nuances come more sharply into focus. The 46 self-guided journeys, whether by train, self-drive or by boat, all bear the familiar hallmarks of an Inntravel vacation such as authentic hotels, charming villages and unspoiled landscapes, and a set of fascinating cultural route notes.
New for 2020

Provincia Nostra by Rail from London
Travel by rail from London St. Pancras on Inntravel’s new self-guided vacation through southern France, discovering ‘Roman Gaul’ – where the Romans ruled for more than 500 years from the 1st century BC. Stay in Narbonne, Nîmes and Arles, traveling by train between them. A highlight will be the remarkable new Roman Museum of Narbonne which, designed by Norman Foster’s British company Foster + Partners, is set to open in September 2020. The museum will contain the largest collection of Roman artefacts in the south of France and seeks to become one of the most significant cultural attractions in the region. Also in Narbonne, admire a section of the Via Domitia, the first Roman road across southern France, built to link Italy and Hispania. Moving on, visit the Roman arena in Nîmes, the stunning Pont du Gard, part of the 20 km Roman aqueduct which supplied the city of Nîmes with its water, and finish in the UNESCO World Heritage Site of Arles with its arena, Roman theatre and subterranean galleries.

Flavours of Bilbao, San Sebastián & Bordeaux
Travel by the slow, scenic train between Bilbao, one of the great treasures of the Basque Country, with its venerable dining scene, to San Sebastián, a contender for the greatest foodie city on the planet and on to Bordeaux, whose history has been inextricably linked to the wine trade. In Bilbao, the beating heart of the foodie scene, highlights include pintxos-laden bars and the titanium–clad Guggenheim. Hop on a local train to where the River Nervion spills out into the Bay of Biscay at Portugalete and visit the world’s oldest transporter bridge, with its two new visitor lifts accessing a walk on the bridge’s platform. The lovely seaside city of San Sebastián has one of the highest concentrations in the world of Michelin-stars per square metre and Inntravel’s notes take visitors on their own self-guided pintxos crawl through the old town.  Add an extra night in Bilbao to explore Guernika, the town that became a symbol for peace following the Spanish Civil War, or a third night in Bordeaux for a day out among some of the world’s most celebrated vineyards of nearby St. Emilion for wine tasting and a tuk tuk tour.

The Best of Slovenia – from the Alps to the Adriatic
While Lake Bled and Ljubljana are well visited, some of the best parts of Slovenia, tipped to be Inntravel’s No. 1 destination for 2020, are well off-the-beaten-track. There may not be much of a rail network in Slovenia, but Inntravel makes the very best of it with some lovely old fashioned and great value trundling trains. Throughout the week, guests enjoy a 4-in-1 experience, all without a car: taking in the alpine village of Bohinj; visiting the green and groovy capital of Ljubljana; enjoying a wine-tasting lunch in the medieval hill-topped village of Smartno in Goriška Brda – Slovenia’s answer to Tuscany without the crowds; and finishing in sun-kissed Piran on the shores of the Adriatic coast.

Highlights en route include a brand new riverside boutique hideaway hotel in Bohinj, the ‘best olive oil in the whole of the world’- partly because it is so far north, trips on electric buggies in Ljubljana and an optional finale to the trip, sailing from Piran to Venice. All this in just seven nights and packed into a country no bigger than Wales. The connecting rail journeys are relatively short (1 hour – 2.5 hours) and include the historic Habsburg line linking Vienna to Venice which, by tunnelling through the mountains, radically reduced the emperor’s journey time.

Price: from £1,045pp sharing, including 7 nights’ B&B, rail between the cities, day trip by train to Goriška Brda with local transfers, wine tasting and lunch. Available 1 May to 31 October 2020.