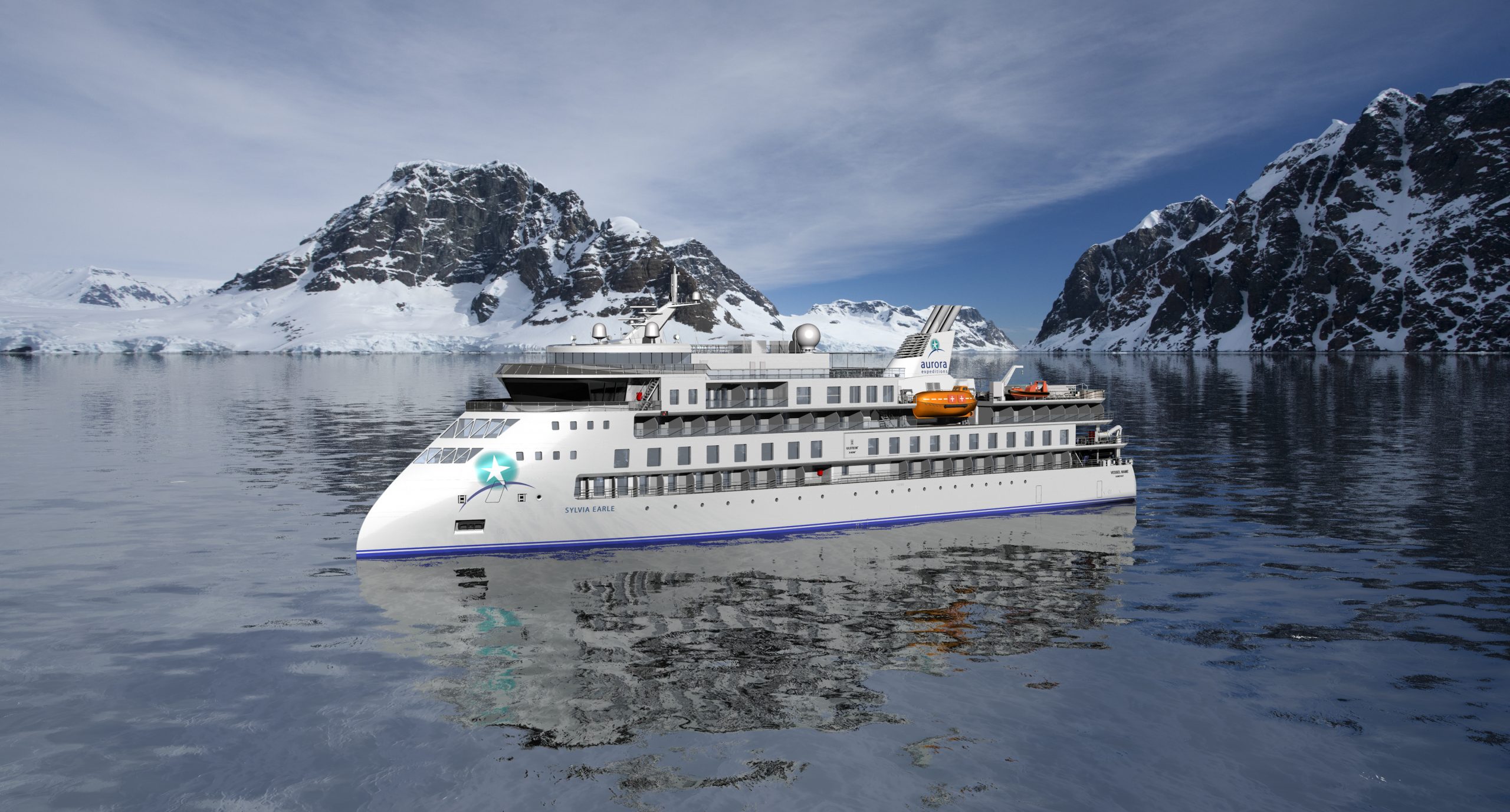 The new ship honours Sylvia as an accomplished marine biologist, oceanographer and explorer; the first woman to become chief scientist of the U.S. National Oceanic and Atmospheric Administration and named by Time Magazine as its first Hero for the Planet in 1998. The vessel pays tribute to Sylvia’s long-standing conservation efforts for marine protected areas and ocean wildlife.

Built to world-class polar standards the ship, the Sylvia Earle, will launch in October 2021 in Ushuaia, Argentina. In the spirit of exploration, and as part of its commitment to responsible travel, Aurora Expeditions will continue to name its new ships after explorers who are passionate about their environmental commitment and who share the company’s vision for the future.

Aurora Expeditions ships boast the lowest polluting marine engines in the world, due to a combination of low energy consumption, high fuel-efficiency and a streamlined design. The state-of-the-art Tier 3 engine delivers an 80% reduction in emissions* and can utilise virtual anchoring to hold its position instead of dropping an anchor on the delicate sea floor. On-board desalination plants convert seawater to fresh water that is safe to drink. Ships therefore carry less fresh water on sea crossings, further reducing fuel consumption.

Working in parallel with Greg Mortimer, the esteemed Australian mountaineer and Founder of Aurora Expeditions, Earle will be channelling her marine-conservation ethos into a fully immersive on-board guest experience, not only in the Polar regions but in other destinations as the ship sails from south to north and vice-versa.

Activities will play a major part in the passenger experience – with expert-led kayak expeditions, Polar ski touring, climbing, snowshoeing, hiking and exploration by Zodiac placing guests at the heart of the destinations in which they are sailing.

In addition to a stellar line-up of highly qualified expedition guides, there are plans for marine researchers, scientists and conservationists to join the expedition team on board the Sylvia Earle.

The 126-passenger ship will be the second in the fleet to sail with the patented ULSTEIN X-BOW®, whose inverted bow design, in combination with Rolls Royce dynamic stabilisers offers unrivalled stability and comfort1 on ocean crossings. The Ulstein X-BOW® cuts through the swell, minimising vibrations and disturbances, and makes quicker transits through waves. This helps reduce fuel consumption by up to 60%*.

As well as improving comfort at sea the inverted Ulstein X-BOW® offers an enhanced viewing experience by bringing passengers much closer to the immediate environment than that which can be achieved on ships with a traditional, bulbous shaped bow. Aurora Expeditions’ ship, Greg Mortimer, was the first passenger ship to incorporate this innovative marine technology.

The second ship of this design will break ground yet again. The Ulstein X-BOW® on the Sylvia Earle will feature a unique two-level glass atrium lounge in the bow, offering extraordinary views to the front to the ship. In Polar regions this means that passengers will be able to appreciate the majesty of an iceberg immediately as it appears on the horizon.

With the revolutionary ULSTEIN X-BOW® technology to cross oceans more comfortably, expansive observation decks to bring you closer to the environment, inviting communal areas and unsurpassed environmental credentials, Aurora Expeditions’ ships offer the perfect base camp for adventures at the outer limits of human exploration

PrevPreviousThe Viking Explorer Sale is now on: save up to $4,000 per couple
NextSilversea Cruises announces bonus savings offer for wave season 2020Next
On Key