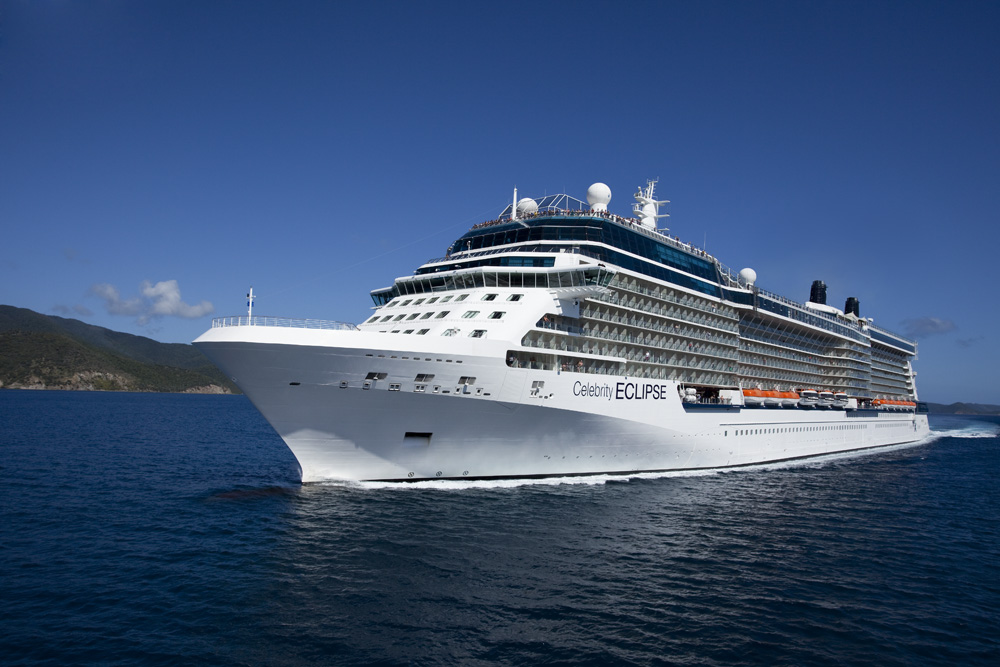 Celebrity Cruises, the modern luxury line renowned for sophisticated design, food and wine, has announced Celebrity Eclipse will join Celebrity Solstice to homeport in Australia during the 2020/2021 summer season.

The 2850-guest, 120,000 tonne Celebrity Eclipse will be the newest ever ship to homeport in Victoria. She arrives in Melbourne fresh from a multi-million dollar modernisation on 23 December 2020 for her inaugural season, which runs until April 2021.

Local favourite, Celebrity Solstice – the highest rated ship in Australia* – will meanwhile continue her decade long reign in Sydney, arriving for her 20/21 season on 16 October 2020.

Vice President and Managing Director, RCL Cruises, Australia and New Zealand Susan Bonner said the decision to homeport two ships in the region is testament to the strength of the Australian industry, and to how popular Australia is to international and domestic tourists.

“2020 will be a season of firsts for our Celebrity Cruises in Australia, winner of over 150 global awards. It will be the first time we base two Solstice-class ships here, the first time we homeport out of Melbourne, and Eclipse will be our first Australian ship to return completely revolutionised. These ships are truly beautiful, and their food, wine and design focus resonates so well with discerning Australian guests looking for modern luxury holidays,” said Susan.

Following a 14-night Singapore to Sydney repositioning via Australia’s east coast and the Great Barrier Reef, Eclipse will arrive in Sydney on 8 December 2020 to sail a two-night Sampler voyage from Sydney, before departing on a 13-night cruise via New Zealand to her new Melbourne homeport. From her arrival to Victoria on 23 December, guests can choose from seven round-trip sailings from Melbourne, between eight and 14 nights to destinations in the South Pacific, New Zealand, Queensland, Tasmania and South Australia.

Two one-way, 11-night sailings New Zealand sailings between Melbourne and Auckland will also be offered. Eclipse will finish her inaugural Australian season on 4 April 2021 with a 19-night Melbourne to Honolulu voyage.

Local favourite, Celebrity Solstice – the highest rated ship in Australia* – meanwhile continues her decade long reign in Sydney, arriving for her 20/21 season on 16 October 2020, following a 17-night repositioning cruise from Honululu via Tahiti. From there she’ll embark on cruises between two- and 13- cruises to the South Pacific, New Zealand and Australia, before cruising back to Honululu on a 19-night cruise departing 14 April 2021.

Before she makes her Melbourne debut, Eclipse will be the first ship in Australia to undergo the AUD$700 million “Celebrity Revolution”, a modernisation of Celebrity’s nine-strong, mid-sized fleet which is already underway.

The revamp will see her accommodations, culinary programme, technology, public spaces completely modernised by a formidable line-up of world-renowned experts, including famous UK interior designer Kelly Hoppen. More details of her new features to be announced in 2019. Solstice will follow her sister’s lead and undergo the modernisation in 2021.

Eclipse and Solstice are part of Celebrity Cruises 9-strong mid-sized fleet, which will be joined by a revolutionary new class of ship, Celebrity Edge, at the end of the year. The brand also sails three expedition ships in the Galapagos, with new build Celebrity Flora, set to sail there in early 2019.

Celebrity Cruises will release full details of the two ships’ local itineraries when the program goes on sale on 7 November 2018.

PrevPreviousWelcome to Travel & Cruise Weekly!
NextTime to explore with EvergreenNext
On Key