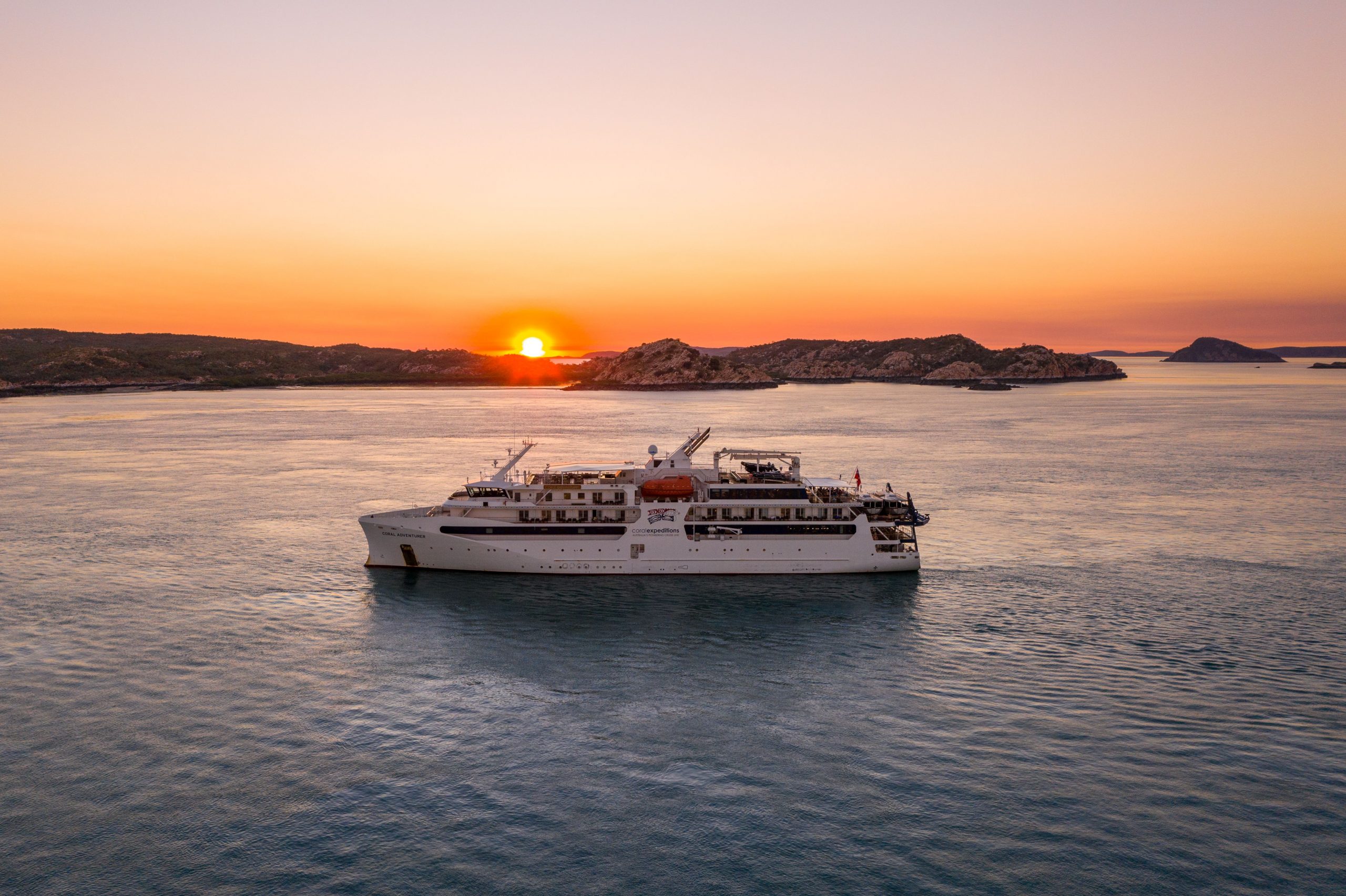 To facilitate planning, the company has also made available for booking the April to September Kimberley season in 2023.  “We are pleased to finalise our plans with the decision to offer an Australian led sailing schedule for 2022”, says Jeff Gillies, Commercial Director of Coral Expeditions. “As we continue to see travel uncertainty, particularly across international borders, we want to provide confidence and early planning opportunities for our guests and travel industry partners. These newly released voyages provide more availability on classic voyages and the addition of some unique new travel options for Australians to enjoy.”

A series of 10 new Kimberley Cruise dates in 2022, aboard new vessel Coral Geographer, are a key feature adding over 1200 new berths of availability through the popular period from April to June. “We have seen a very strong demand over the past months with our successful restart in the Kimberley and it looks like being the hot destination for travel in 2022” Gillies states. “This iconic cruise is a true bucket list for any Australian adventurer, and we will have 3 purpose-built expedition ships operating in the Kimberley in 2022 and 2023.  Our expedition team have been exploring the region for three decades.  In the vast expanses of the Kimberley, there is no substitute for experience.”

Other newly released expeditions include two new 18-night expeditions ‘Across the Top’ of Australia between Broome and Cairns (and vice versa) being released for January 2022.

Coral Expeditions has enjoyed strong patronage following its successful restart of domestic operations in October 2020.  With its Australian-flagged small ship fleet carrying no more than 99 passengers and Australian crew, and a rigorous and fully approved SailSAFE Plan, Coral Expeditions is uniquely positioned to revive low-impact cruise tourism in regional Australia.  Headquartered in Cairns, Coral Expeditions has regular communication with all state and federal authorities and operates in full compliance with all directives.

There has been no better time to seek solace in the wide-open spaces of the Australian coastline.

Details of the new expeditions are provided below, and full voyage itineraries and brochures are available on the Coral Expeditions website:

NEW DATES The Kimberley Cruise – Now on sale. Australia’s Kimberley is the quintessential Aussie adventure. A vast and ancient land shaped by the powerful forces of nature. Majestic waterfalls, epic tidal flows, unique bird and marine species, ancient aboriginal art sites and magnificent rock escarpments shape this experience. Now in its 26th season in the Kimberley, the Australian crew share their knowledge and connection with the land, people, and nature as only a local can do.
10 Nights – between Darwin & Broome. New dates in April and May 2022 aboard Coral Geographer are timed to coincide with the waterfall season. The full schedule of 2023 sailing dates from April to October is also now released and available for booking. The Availability Tracker for Coral Expeditions Kimberley season can be viewed HERE.

NEW RELEASE Across the Top – Coming soon. Originally created for Coral Geographer’s maiden voyage, this itinerary explores some of Australia’s most remote coastal regions including pristine offshore reefs and islands across the top of the Australian continent.
18 nights – between Cairns and Broome onboard Coral Adventurer.  Departs: 1 January 2022, and 20 January 2022.

NEW RELEASE Australia’ Great Southern Coastline – Now on sale. This expedition is a special Australian Geographic Society partner voyage. Experience the company of fellow explorers as we traverse the powerful Southern Ocean crossing the Great Australian Bight. Step ashore in rarely seen islands and national parks, sail past the towering sandstone cliffs of Bunda and visit the pristine marine outpost of the Archipelagos of the Recherche.
14 Nights  – from Melbourne to Fremantle onboard Coral Geographer.  Departs 1 March 2022.

For more information about the SailSAFE Plan, click HERE