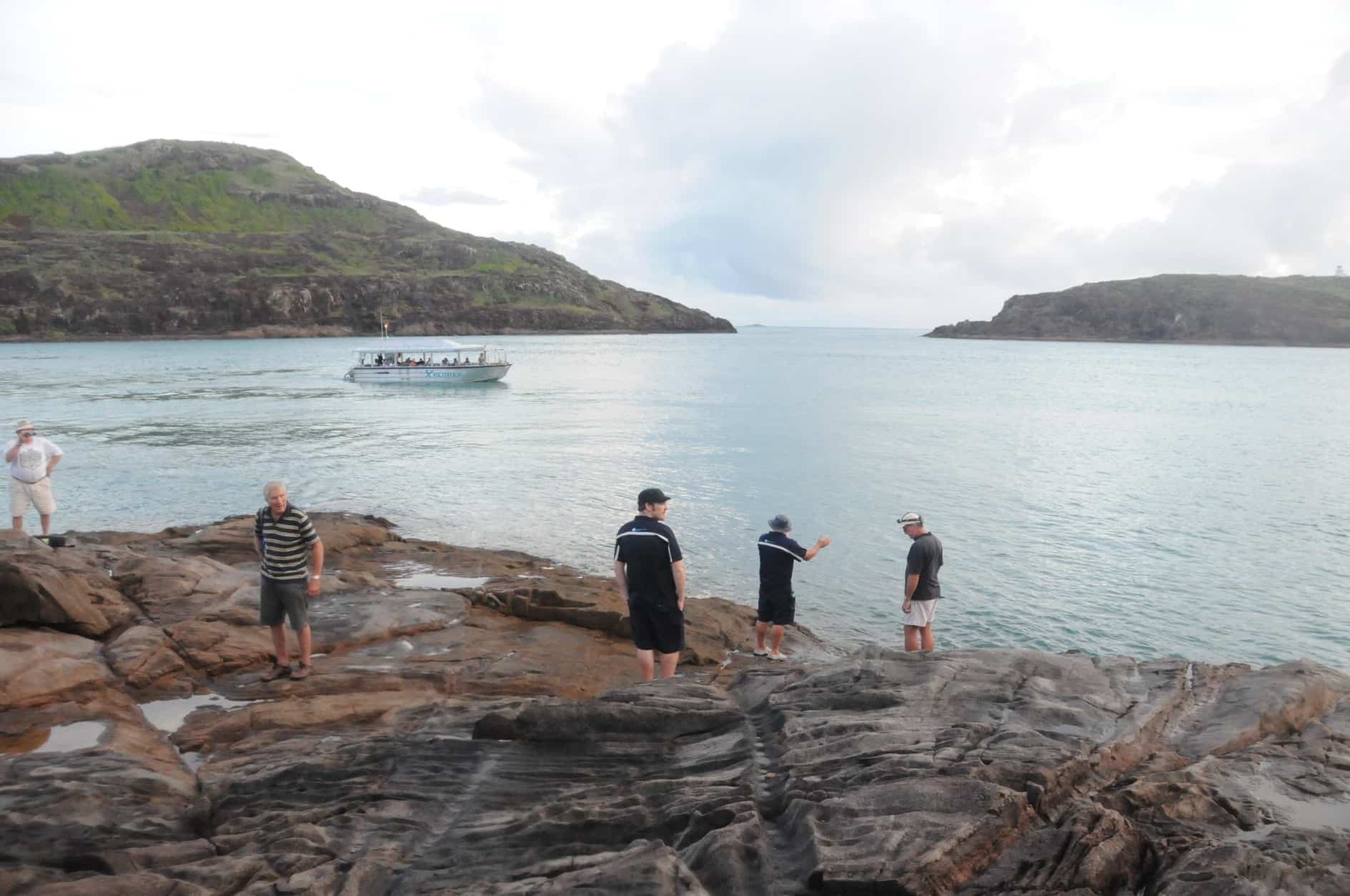 To mark Coral Expeditions’ 35th anniversary as the pioneer of small ship expedition cruising in Australia, the Cairns-based company has announced a one-time only circumnavigation of the Australian coastline onboard its new flagship, the Coral Adventurer.

Only 60 cabins are available on this once in a lifetime voyage.

The 60-day voyage roundtrip from Darwin will depart 7th November 2020, visiting 35 places of maritime, cultural and natural significance that have shaped Australia, many of which are hard to reach by land. The journey will also feature overnight stopovers and events in coastal centres including Fremantle, Adelaide, Hobart, Sydney and Cairns.

A further highlight are several special experiences included in the cruise fare:

“We are excited to imagine and to deliver this first-of-a-kind expedition voyage around Australia to celebrate our 35 years,” says Mark Fifield, Group General Manager at Coral Expeditions. “It is a significant milestone, an ambitious adventure and is in keeping with our spirit as pioneers of the expedition experience.”

“The year 2020 will not only be a milestone for Coral Expeditions, but the year also aligns with other significant events including the 250th anniversary of Captain Cook’s exploration and discovery of Australia. Additionally the year marks the 200th anniversary of Sir Philip Parker King’s landing at Careening Bay on his great northern explorations and it coincides with the 75th year commemoration of the end of the Second World War.”

Master of the Coral Expeditions fleet, Captain Gary Wilson, has led the development of a detailed passage plan offering an exciting and diverse array of shore excursions such as;

Australian Geographic, who are expedition partners with Coral Expeditions and share a heritage and love of exploration and conservation around Australia, will play an important role on this sailing. They will enhance the curation of onboard educational content and shore excursion development for the voyage, and provide keynote guest lecturers and experts to join the journey.

The 120-passenger Coral Adventurer has been specially designed by Coral Expeditions to suit this style of extended expedition cruising. The ship’s lightweight dual Xplorer expedition tenders, a trademark feature of all Coral Expeditions vessels, will extend the capabilities of the ship by allowing fast transit for all passengers with open views on shore excursions and deeper exploration into the visiting regions. A new multi-purpose space, the Barralong Room, will host interpretive activities and projects that connect guests in an engaging format throughout their voyage experience.

Prices start from $38,860.00 per person (twin share) and limited sole use staterooms available on the voyage.