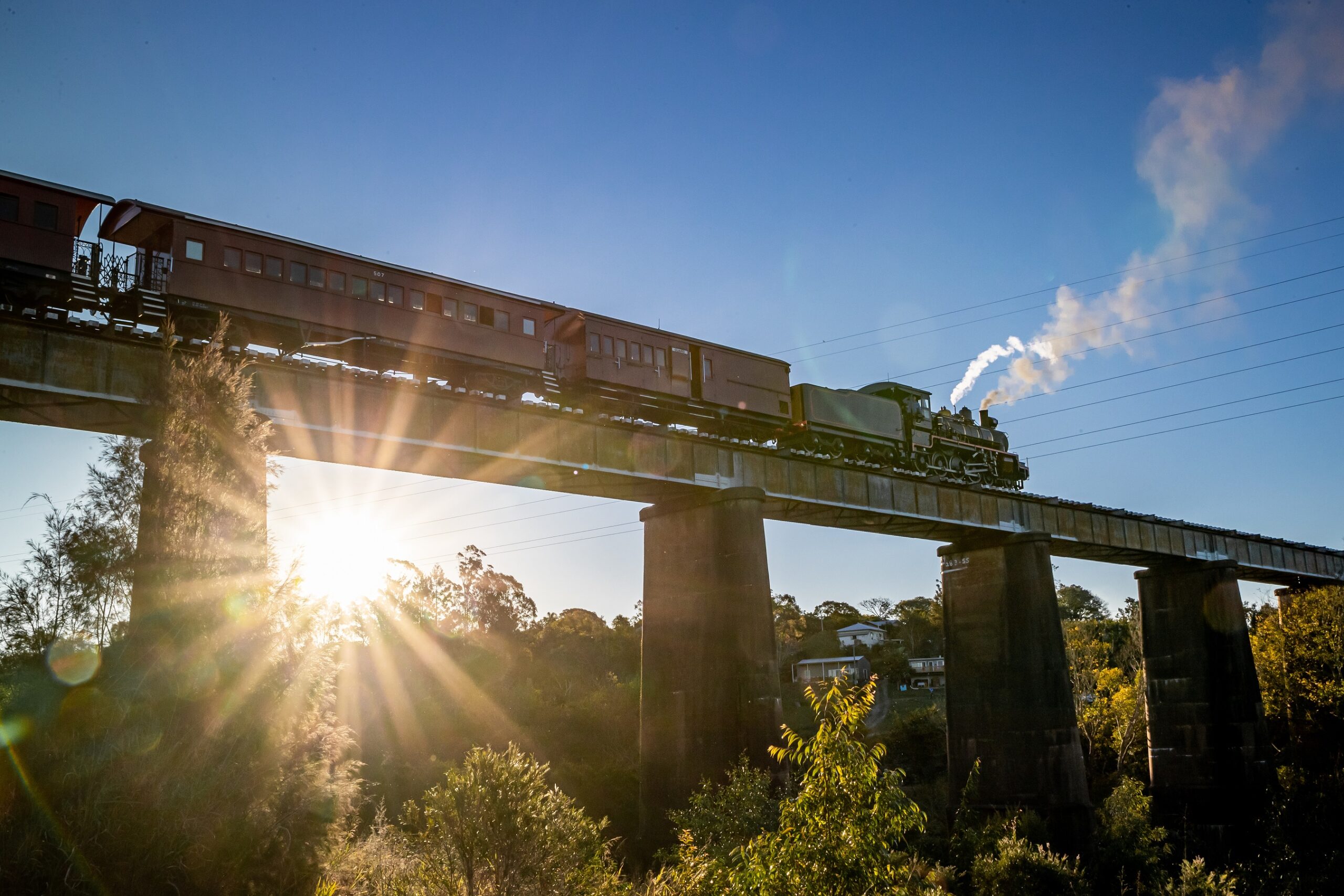 Railways have always been the perfect venue for a rattling good murder mystery, and on Friday 13th August, Gympie’s Mary Valley Rattler will host its first ever Murder on the Rattler Express, during which guests will need to uncover a murder most foul.

Passengers are encouraged to dress in their finery for the event, which will transport them back to Friday 13th, 1920, when the glitterati of 1920s Hollywood are invited on board the Rattler Express for a gala soiree, only for a murder to derail the festivities.

Who did it? That’s where today’s Sherlock Holmes, Inspector Poirot and Miss Marple need to step in and detect the murderer amongst them.

Each passenger will become a character in the drama, and can dress accordingly. Everyone will receive a special name for the journey, along with event money to bribe or blackmail, and an ‘accusation form’ that they will use to smoke out the murderer.

The murder most foul will take place at Amamoor Station, and passengers in each carriage will be able to use the return journey to Gympie to hone their investigative skills for the big reveal over dinner. The clues will be everywhere.

A drinks cart will operate on board the Rattler, and a seated dinner in Gympie Station’s Rusty Rails Café will be where the murderer is revealed. There will be prizes for the passenger who solves the murder first, and also for best dressed and richest player as a result of their wheeling and dealing with the event money.

The Murder on the Rattler Express service will depart historic Gympie Station at 6pm on Friday 13th August, in a steam train that was in operation back in the 1920s. The Rattler will travel through to the historic village of Amamoor, where the Rattler is rotated on a restored turntable for its return journey to Gympie.

The meticulously hand-crafted carriages and the rolling hills of the Mary Valley will provide an atmospheric backdrop for passengers as they seek to uncover the murderer within their midst.

Tickets are $195 per person, including the return train journey, a two-course alternative-drop set dinner at Rusty Rails Café and all the props required for playing the murder game.

Announcing the debut of Murder on the Rattler Express, General Manager of the Mary Valley Rattler, Micheal Green, said: “The romance of the rails brings back all those memories of glamour and glitz and we are looking forward to people dressing up, having fun and getting into the spirit of the occasion.

“Our guests from around Australia continually highlight the fact that the Rattler reminds them of a golden era of steam trains, and with so few remaining in Australia, the Rattler offers a truly memorable venue for a 1920s-style murder mystery.

“We look forward to seeing everybody on board – I just hope they all make it back!”