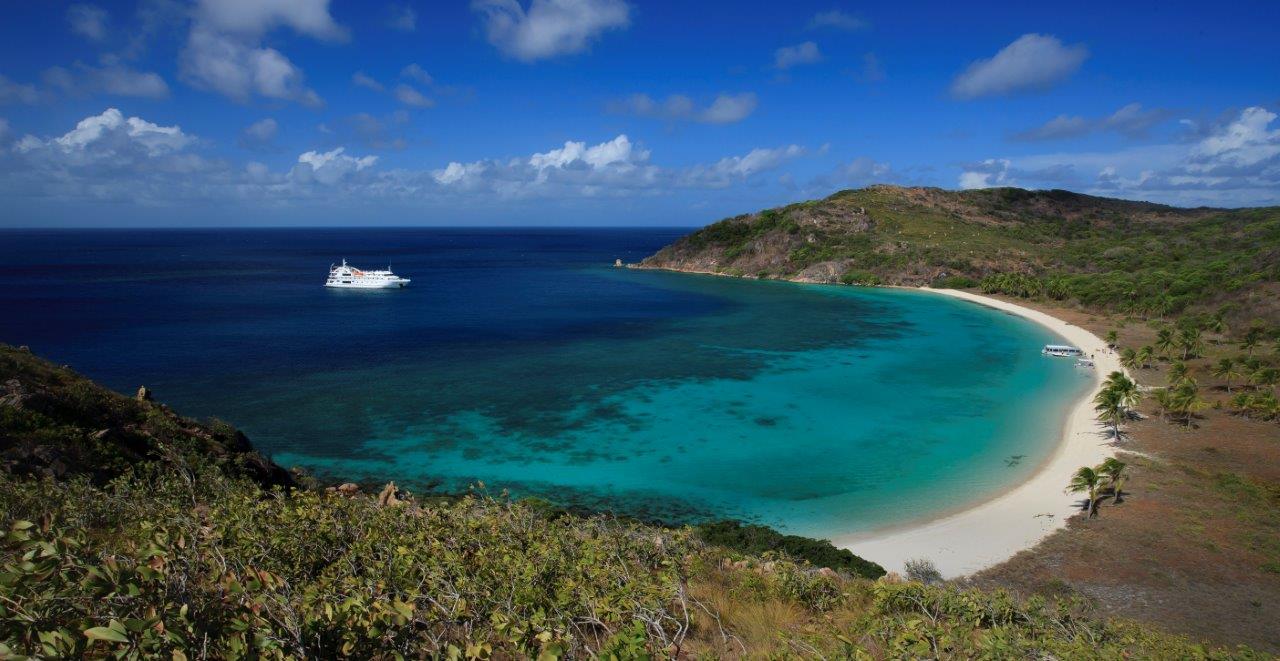 Australia’s Pioneer of expedition cruising, Coral Expeditions have released their 2021 domestic cruise season aptly named ‘Australia’s Coastal Wilderness’. The collection of voyages around Australia’s diverse coast include existing favourites of the Kimberley and Tasmania along with more departures on emerging destinations such as Cape York and Arnhem Land, the Torres Strait and Ningaloo and remote islands of the Western Australian coastline.

“We began pioneering the Australian coastline 35 years ago, so our knowledge and passion for this country is vast,” says Jeff Gilles, Commercial Director of Coral Expeditions. “Australian expeditions are in our DNA and these pristine shores and communities continually inspire our guests’ year in and year out. Exploring remote Australian regions is a rite of passage for the domestic adventure traveller and we are proud to be introducing new experiences in our collection of sailings around Australia for 2021.”

For its 25th Kimberley season from April 2021, Coral Expeditions will introduce its state-of-the-art, new build Coral Geographer to the region as part of its maiden season. The 120-passenger vessel, which is currently under construction, is on schedule to launch early 2021. Coral Geographer will be joined for the Kimberley season by sister ship Coral Adventurer and 72-passenger yacht-like Coral Discoverer. The company is also offering, for the first time, a tiered pricing schedule for the peak (June -July) and shoulder seasons.

The Kimberley’s raw and rugged beauty is best seen by small expedition ship where striking landscapes, diverse nature, Indigenous culture and exploration history abound. Perfected over three decades, the Kimberley 10-day voyage takes explorers on an unforgettable journey between Darwin and Broome from early April until September 2021. “From 2021, we will be cruising the Kimberley region from early April allowing guests to be thrilled by the spectacular waterfalls immediately after the annual wet season. Our unique points of difference remain true as always with more time ashore, deep knowledge of the destinations and tides and the warmth of Australian hospitality” stated Gillies.

Coral Expeditions will continue with its new explorations of Western Australia’s Coral Coast traversing the extraordinary marine environments from Broome to Ningaloo and the Montebello Islands and the Rowley Shoals. The 10-night ‘Ningaloo’s Blue Water Wonders’ sailing, created in partnership with the Australian Geographic Society, will satisfy marine lovers as they discover untouched atolls, mega marine fauna and the rare sea bird colonies found in this pristine habitat. This sailing departs twice a year onboard Coral Discoverer.

In 2021, Coral Expeditions’ itineraries evolve to feature five Tasmania departures aboard Coral Discoverer as the company broadens its offering around the southern state. The ‘Coastal Wilds of Tasmania’ voyage will be extended to 10-nights to include further exploration time within the remote wilderness areas of Port Davey and Bathurst Harbour. Other itineraries include the Coastal Treks, A Yachtsmen’s Cruise : Sydney to Hobart, a 16 night full Circumnavigation of Tasmania, and a one-off themed cruise to take in the Wooden Boat Festival, an exciting celebration of Australia’s rich maritime culture.

“In true expedition style, our experienced Masters and Expeditions Leaders are guided by the weather conditions. We’re at the edge of the world where the Southern, Indian and Pacific Oceans collide so the elements are raw and exposed. No two voyages are the same except guaranteeing the best of Tasmania’s flora, fauna and wild coastline along with the superb flavours of Tasmania fare and cool climate wines.”

The popular 11-night Cape York and Arnhem Land expeditions offer a rare opportunity to visit the remote communities and islands at the Top End of Australia. Along with featured visits to special places such as the Tiwi Islands and Arnhem land, Coral Expeditions will add four new expedition journeys that take a deeper dive into the lesser known culture and places of the Torres Strait and explore the Eastern coastline of Cape York and the Great Barrier Reef.

For more details on the 2021 season of Australia’s Pioneering Cruise Line, please visit www.coralexpeditions.com or call 1800 079 545.