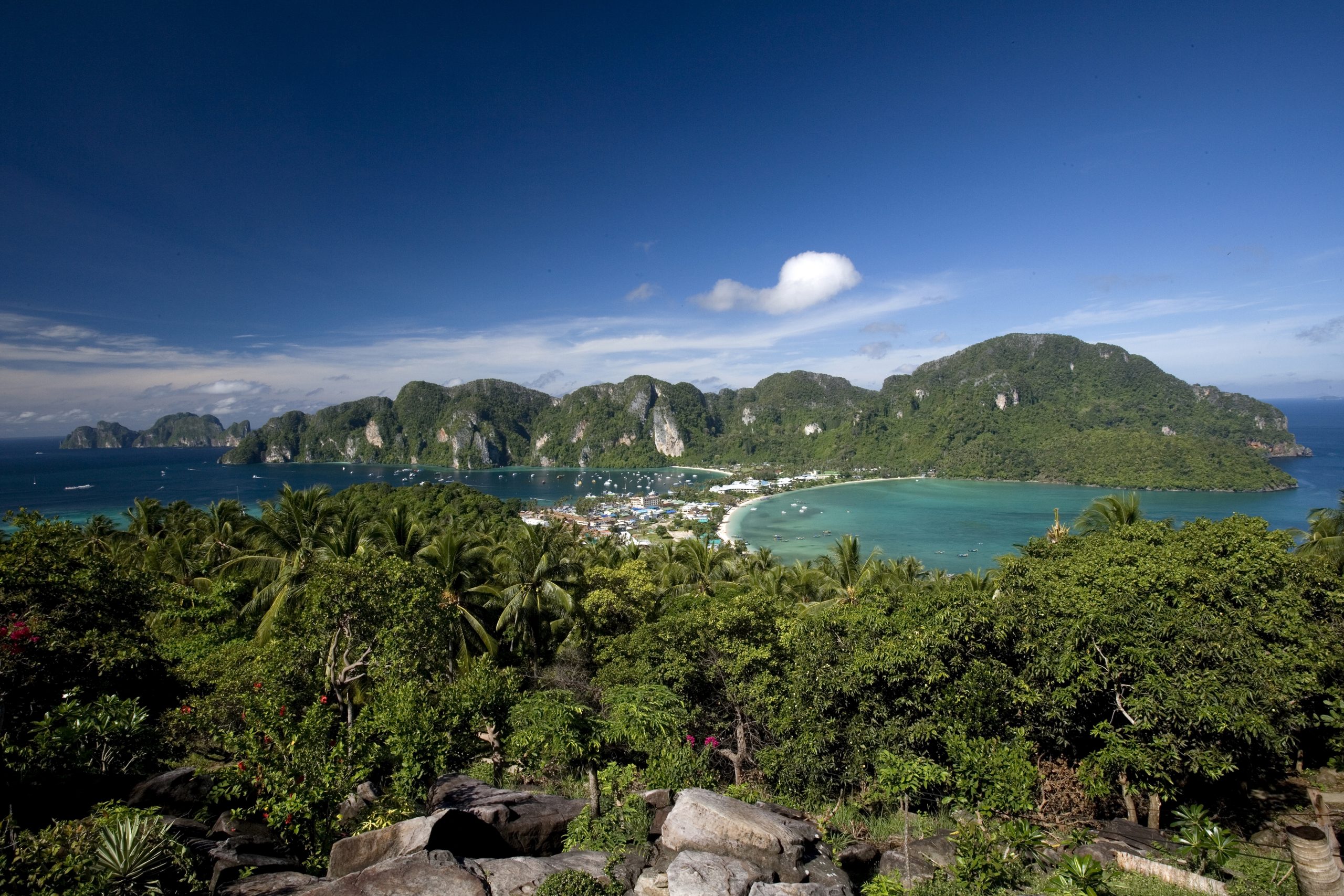 Phuket: The alternative side

Mention Phuket and a couple of clichés spring to mind – a fly-and-flop holiday where you never leave your resort; or beach parties, Singha beer singlets and designer knock-offs. But that’s only a fraction of Phuket, explore the island in detail and you’ll find much more. Step into the highlands and you can walk with elephants, gambol with gibbons and wade under waterfalls. Phuket Old Town is filled with Sino-Portuguese shophouses, galleries and museums, and enough authentic street eats to give you a rounded Buddha belly for days. Further afield there are hidden beaches to visit and sea caves to discover. The only problem is fitting it all in. Kerry van der Jagt takes us through this alternative side of Phuket. 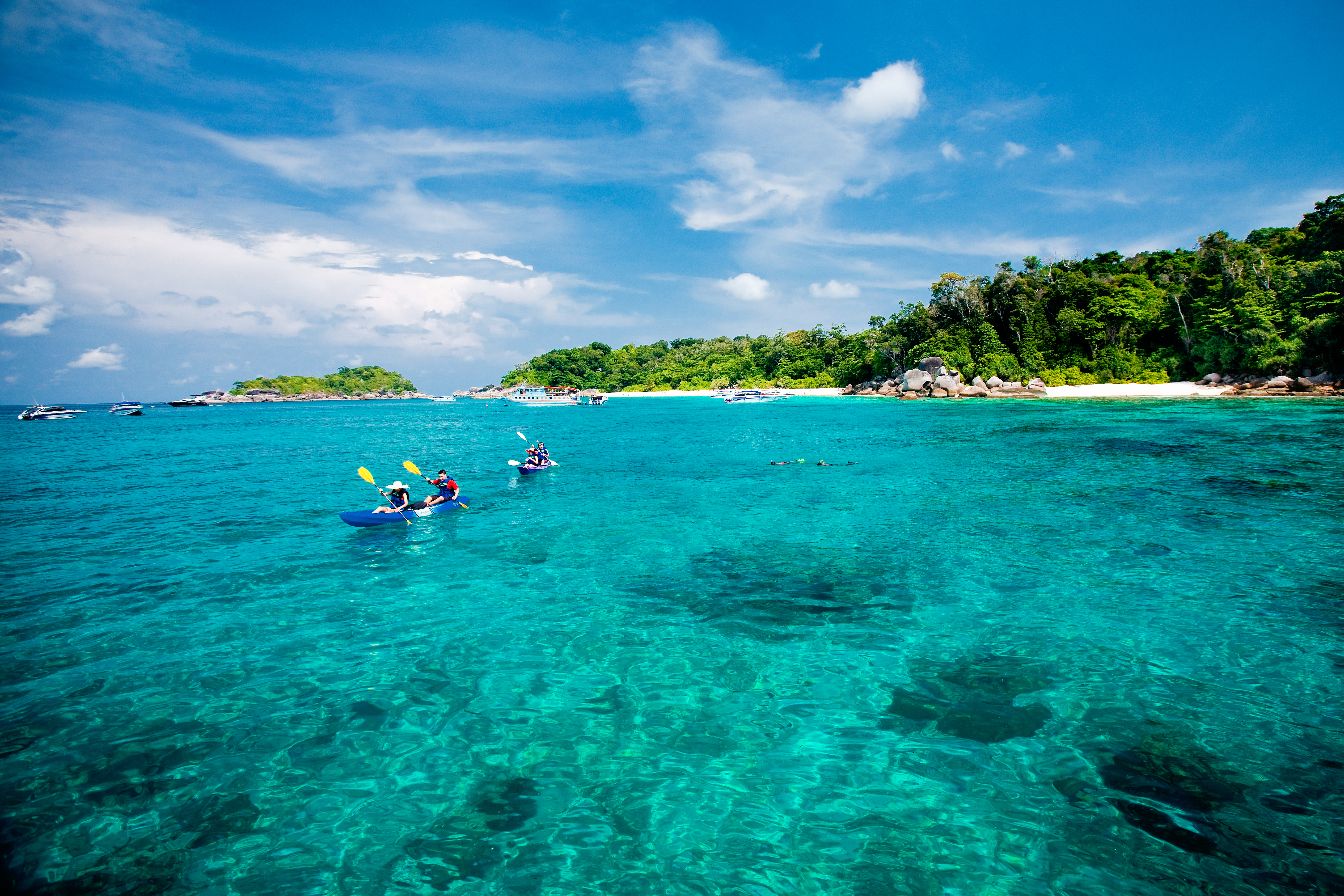 Call of the wild

If you’re after an ethical elephant experience, which doesn’t involve riding or watching elephants perform, head to the Phuket Elephant Sanctuary where rescued and retired elephants are free to live out their days in peace.

For adventures of the adrenalin kind Flying Hanuman will have you zip-lining through the jungle, abseiling from platforms and walking across suspension bridges. After all of that you might be glad to flop back at your resort for a few hours. 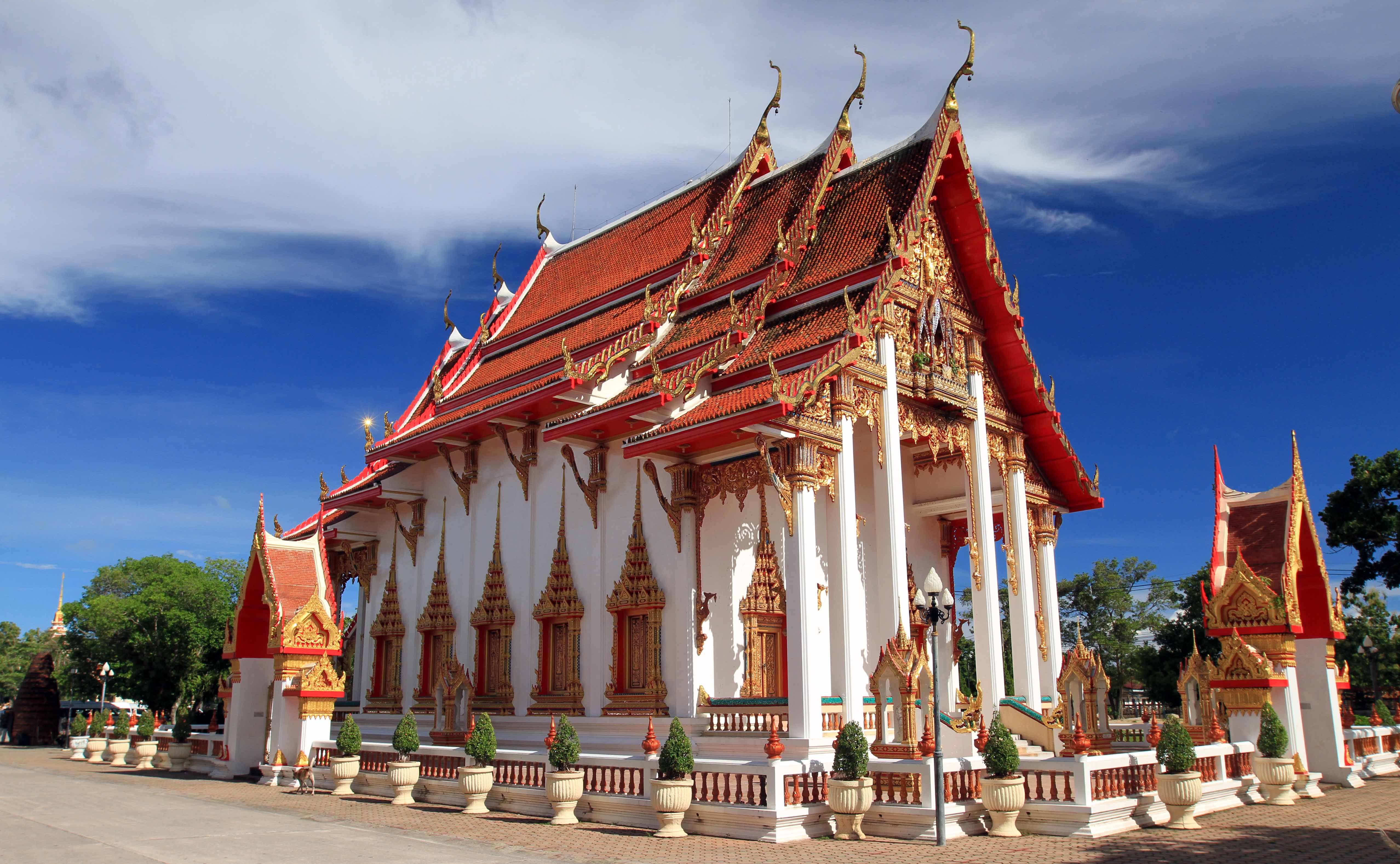 Before Phuket became a holiday mecca it was a quiet province with a prosperous tin industry. Today Sino-Portuguese shophouses built by 19th-century Chinese immigrant merchants have been restored and repainted in their original gelato colours. Pick up a Phuket Town Treasure map and stroll the streets of the historic Old Town stopping at shrines, temples, museums and mansions. The Peranakan Museum is the place to learn about Baba culture, while the Thai Hua Museum housed in a 1930s colonial-style mansion tells the general history of Phuket.

For an even bigger dose of culture don’t miss the 45-metre tall Big Buddha near Chalong, or Wat Chalong, Phuket’s oldest and most important temple. If shopping is your salvation the Old Town weekend night markets is a favourite of locals, expats and visitors, selling everything from clothing and food to homewares.  For handmade arts, crafts and textiles head to Thalang Road, where rows of shophouses have been repurposed as eclectic stores, guesthouses and cafes. 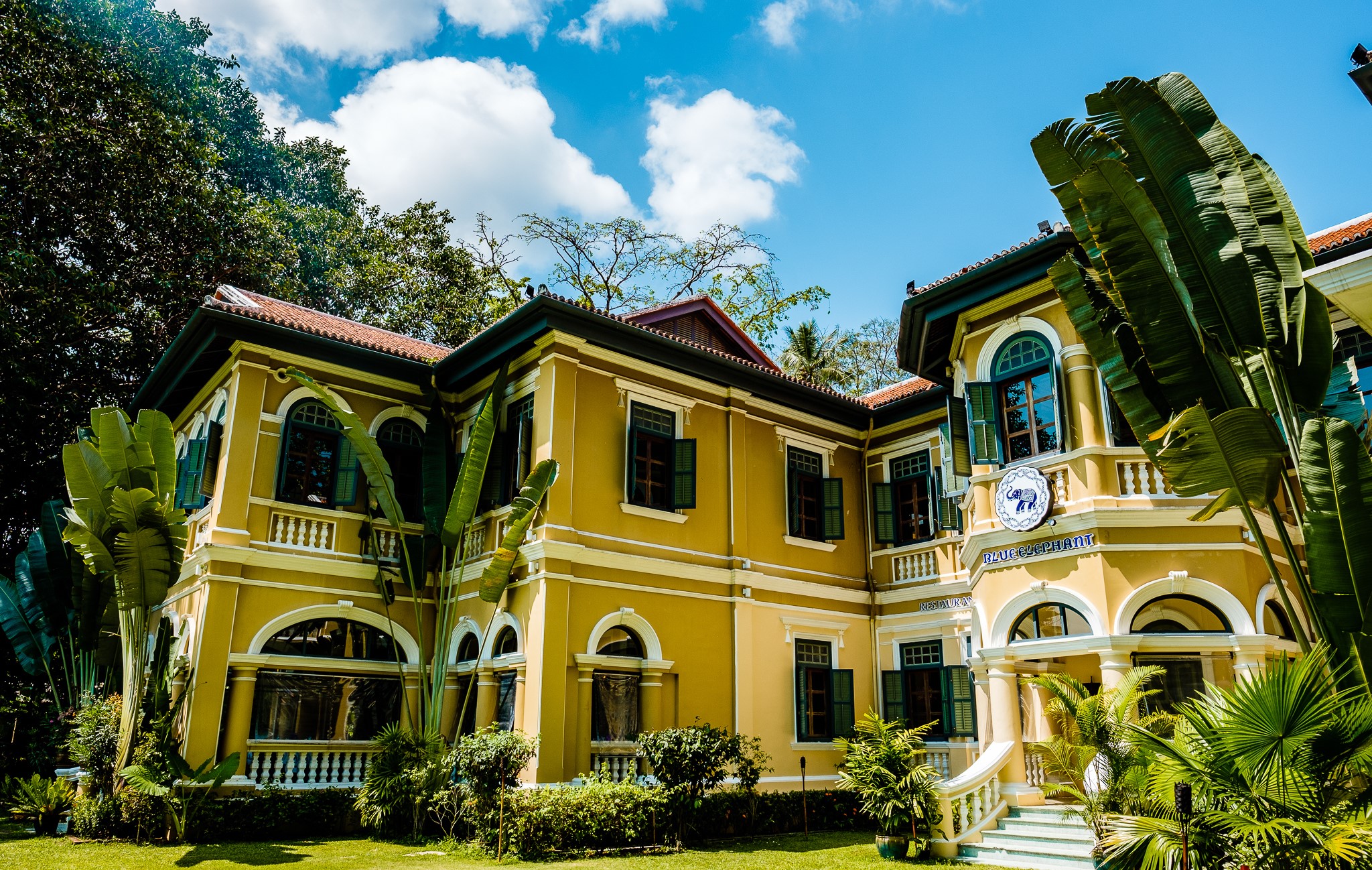 Phuket on a plate

The various cultural influences – Chinese, Malay, and Singaporean – are reflected in the local food, giving Phuket a unique cuisine not found in other parts of Thailand. So step away from the ubiquitous Pad Thai and give some other dishes a try. There’s gaeng som blah, a fish curry prepared using curry paste without the rich coconut milk, khao mok gai, a Phuket version of Indian-style chicken biryani, and bak kut teh, Hokkien-style pork ribs in tea and spices. Those with a sweet tooth will enjoy southern-style mooncakes, crispy coconut crepes and the signature dessert of Phuket Town, Oh-aew made from jellied banana flour mixed with boiled red beans (yes, it tastes better than it sounds).

The best place to try these local delicacies is from a street food vendor or hawker centre.  The Old Town and weekend night markets serve some of the best food on the island with fresh produce, great atmosphere and high turnover. Seafood lovers will be in their element at the strip of food markets on the beachfront at Rawai, or for something classier make a reservation at the Blue Elephant Restaurant and Cooking School in Phuket Town. 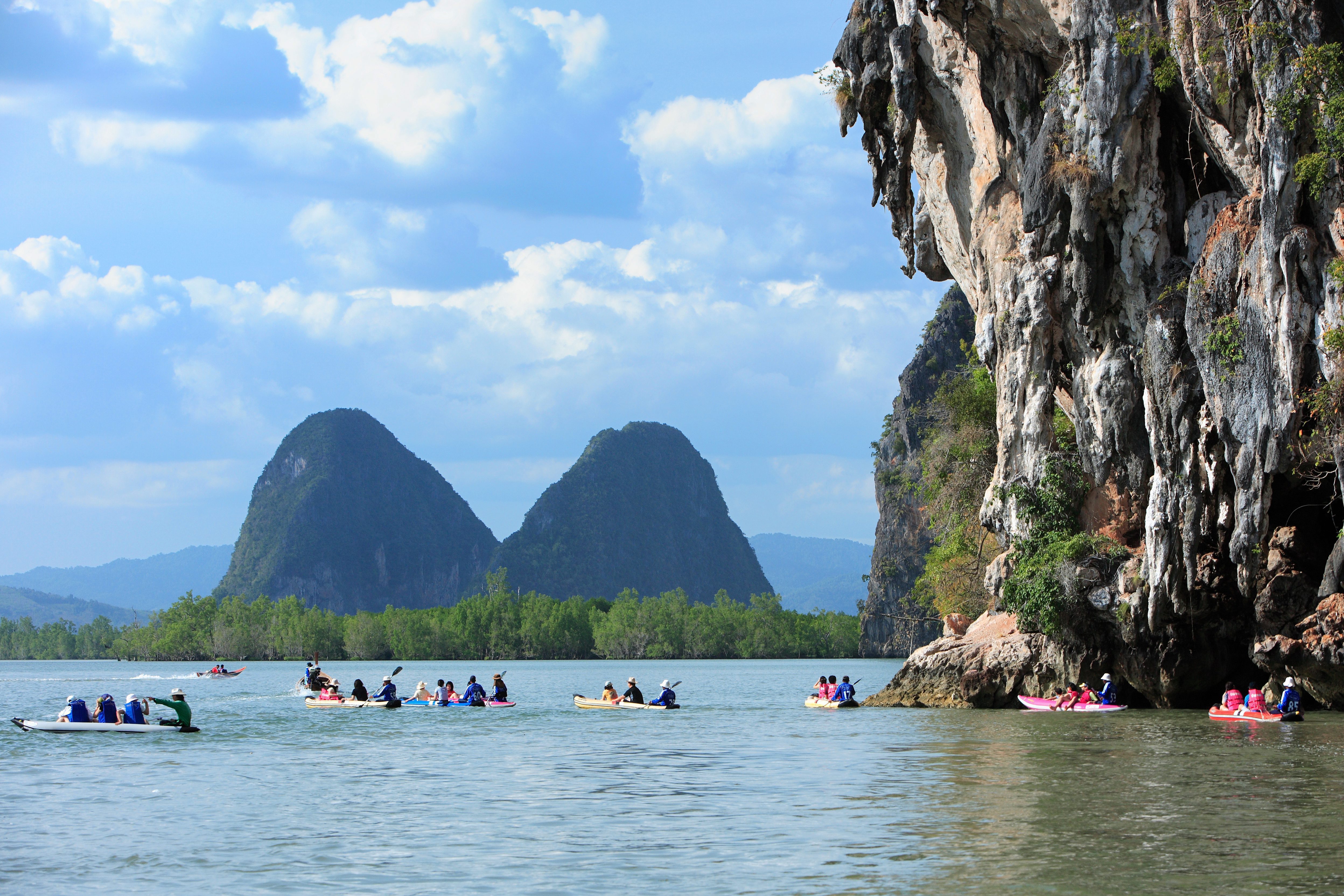 There is more to Phuket than the party town of Patong Beach. The 11-kilometre straight Mai Khao Beach in the north is part of the Sirinat National Park and is blessedly undeveloped. Three other beaches popular with in-the-know locals include Kata Noi, a peaceful arc on the west coast, Layan Beach on the northern tip of Bangtao and tiny Banana Beach on the northwest of the island.

While the Phi Phi Islands are Thailand’s movie star islands, thanks to scenes from The Beach starring Leonardo DiCaprio, there are other more peaceful, and equally beautiful islands and bays easily accessed from Phuket. Head to Phang Nga Bay in the north for a sea kayaking adventure among sheer limestone karsts and hidden caves. If you prefer snorkelling or diving over coral reefs the Racha Islands, Similan Islands and Coral Island make easy day trips. Or stay overnight and spend a laid-back evening in a beach bungalow, the perfect end to a perfect day.