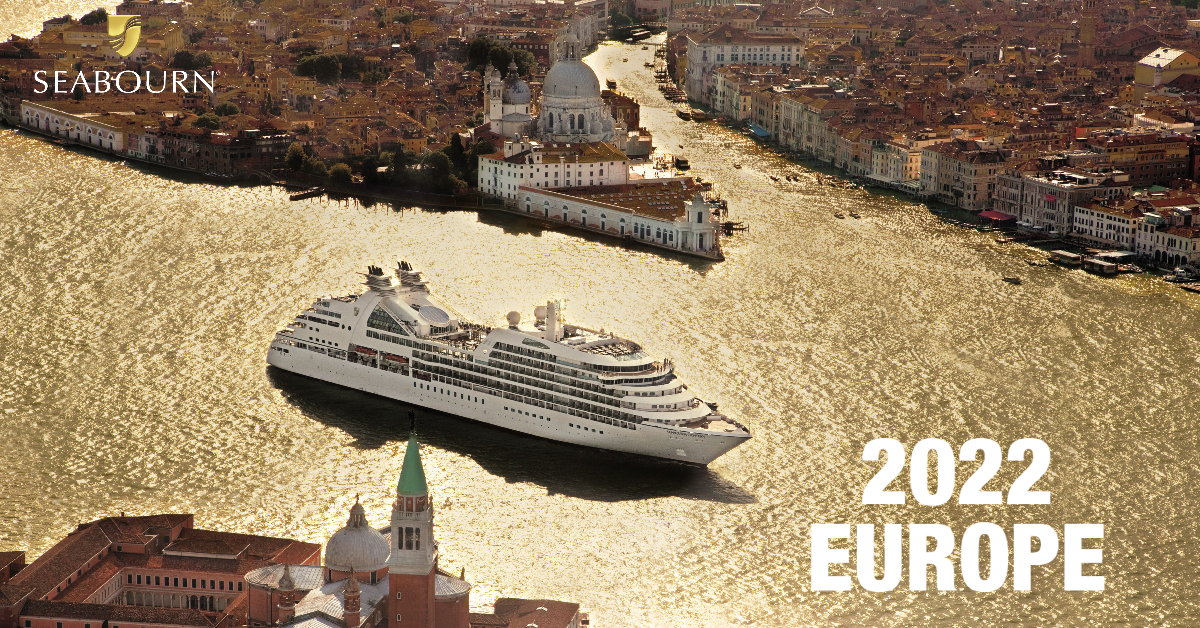 Seabourn, the ultra-luxury ocean travel line, is looking forward to 2022 by opening the Europe 2022 season for sale. These voyages will provide travellers with the opportunity to rediscover the world while sailing on the line’s award-winning, ultra-luxury intimate ships.

Travellers have a choice of a wide range of itineraries across Northern Europe and the Mediterranean, including 68 sailings with voyages of seven to 14 days, and options to combine voyages to up to 38 days. Seabourn Encore, Seabourn Ovation, Seabourn Quest and Seabourn Sojourn are scheduled to journey the coasts of ‘the Continent’ with itineraries designed to appeal broadly to highly discerning travellers. The ships will visit a combination of popular cities and hidden gems and destinations accessible only to smaller ships and yachts, as well as 27 European ports the line has not visited in the past five years – or ever before. Noteworthy maiden calls will include Vis and Trogir, Croatia; Esbjerg, Denmark; Plymouth and Portsmouth, England; La Ciotat and Douarnenez, France; Laerdal, Norway; and Ferrol and Puerto Rosario, Fuerteventura, Canarias in Spain.

Travellers interested in booking a 2022 Seabourn voyage may take advantage of several promotions to receive additional savings, including the line’s “Early Bonus Savings” promotion. Guests who book select 2022 sailings and pay their booking in full by March 31, 2021, will receive an additional 10 percent savings off the base cruise fare. In addition, the Early Bonus Savings can be combined with other promotions, including the line’s Seabourn Club Savings, which provides an extra five percent savings to Seabourn Club Members on select sailings.

Taken together, 2022 will be a great year to experience the many levels of service that create “the Seabourn Difference.” Those include one of the most modern fleets in the cruise industry; intuitive, personalized service provided by staff and crew who are passionate about exceeding guests’ expectations; curated voyages sailing to spots that larger ships are unable to access; and world-class dining created in partnership with multiple-Michelin-starred Chef Thomas Keller. Seabourn also heightens its ultra-luxury cruise experience with unique onboard and adventure programming including Seabourn Conversations featuring enrichment talks by accomplished luminaries, and Ventures by Seabourn optional shore excursions to take in natural and cultural wonders via hike, kayak and Zodiac led by talented Seabourn Expedition teams.

European Itineraries to the Mediterranean and Northern Europe

·        Seabourn Sojourn will spend early June 2022 cruising from Athens through the Adriatic to Greek Isles, Albania, Croatia and Malta, then arrive in the Western Mediterranean with a series of seven-day voyages between Barcelona and Rome exploring the French and Italian Rivieras and Spain. The ship will also sail on 10- and11-day voyages, featuring additional ports including Tangier, Gibraltar and Malta while offering longer combinations. In October, Seabourn Sojourn will linger in Iberia with seven-day Spain and Portugal voyages, finishing with two new seven-day Canary Island voyages between Lisbon and Las Palmas, Gran Canaria, before departing November 6 to reach Miami in 12 days.

·        Summer 2022 in Europe for Seabourn Quest will start on May 10 with an 11-day voyage from Barcelona to Venice, where the ship will offer a series of new seven-, 10- and 11-day round-trip voyages from Venice exploring the Adriatic. The Europe season includes a 10-day voyage from Venice to Barcelona, followed by an exceptional 14-day repositioning voyage from Barcelona to Dover taking in stunning Spanish, Portuguese, French and British ports, including eight hours scenic sailing up the Garonne into the heart of Bordeaux for an overnight. On August 5, Seabourn Quest will embark on the Route of the Vikings, arriving in Montreal 24 days later after exploring the British Isles, Iceland, Greenland, and the Canadian provinces of Newfoundland and Quebec, with exciting Ventures by Seabourn offerings along the way.

·        Beginning mid-April 2022, Seabourn Encore will set sail from the sun-kissed, perennially popular Eastern Mediterranean, with seven-day voyages of the Greek Isles and Turkish coast providing numerous departures through twin itineraries that invite combinations with Mykonos and Ephesus in one direction, and Santorini and Bodrum in the other. Look for novel seven-day voyages between Athens and Haifa, and round-trip voyages from Athens offering intriguing combination options, as well as a pair of seven-day itineraries into the Adriatic between Athens and Venice with Dubrovnik and Zadar one way, and Sibenik and Kotor the other. In late November, Seabourn Encore will make one last departure from Athens toward Dubai and head back to Southeast Asia.

·        Seabourn Ovation will visit charming islands in the Mediterranean starting in late April 2022, sailing from Athens to Monte Carlo with calls at Lipari and Ponza. Beginning late May 2022, the ship will embark on a series of seven-day voyages in the Western Mediterranean from Monte Carlo, Barcelona and Rome – with seasonal departures through May and June and repeated in October and November – offering inviting combinations of popular itineraries in Spain, France and Italy. Following a 14-day Western Europe voyage from Lisbon to Copenhagen, the ship will spend the summer in Northern Europe with the line’s popular seven-day St. Petersburg and Baltic voyages between Copenhagen and Stockholm, as well as 14-day Norway and the North Cape sailings round-trip from Copenhagen. Departing the Danish capital on September 10, Seabourn Ovation will sail to Dover via the Kiel Canal with an overnight in Amsterdam, followed by a 14-day sail round-trip from Dover with ports throughout the British Isles, and then a classic 14-day Vintage Europe cruise from Dover to Barcelona with an overnight at Rouen for Paris. With another round of seven-day Mediterranean voyages lit by the golden beauty of autumn, Seabourn Ovation’s time cruising ‘the Continent’ will conclude with a 14-day European grand finale from Barcelona to Lisbon, connecting Spain, Morocco and the Canary Islands with an overnight in Tenerife. The ship will depart Europe for the Caribbean on November 26 on a 14-day transatlantic to Barbados.

For more information and to book contact your local travel agent.