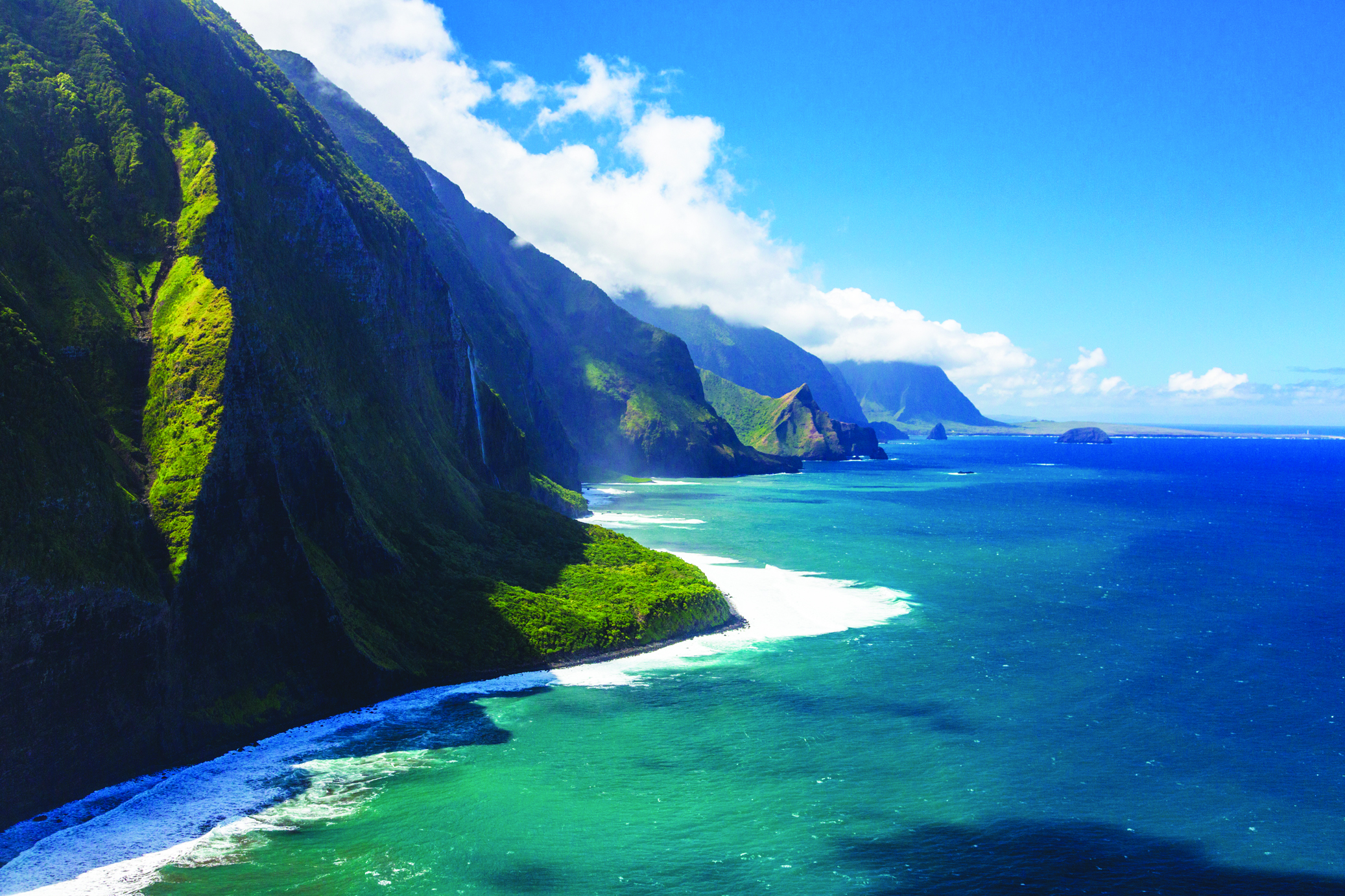 When it comes to planning a holiday to Hawaii, most people will tell you about sunny days spent on The Big Island, romantic trysts in Oahu, an afternoon surf in Maui and partaking in some local culture in Kauai. But of the eight main volcanic islands in the US state’s stunning archipelago, how much do you know about the other four? Sarah Fairburn opens the travel book on Molokai, Lanai, Niihau and Kahoolawe and inspires us to plan our next Hawaiian vacation. 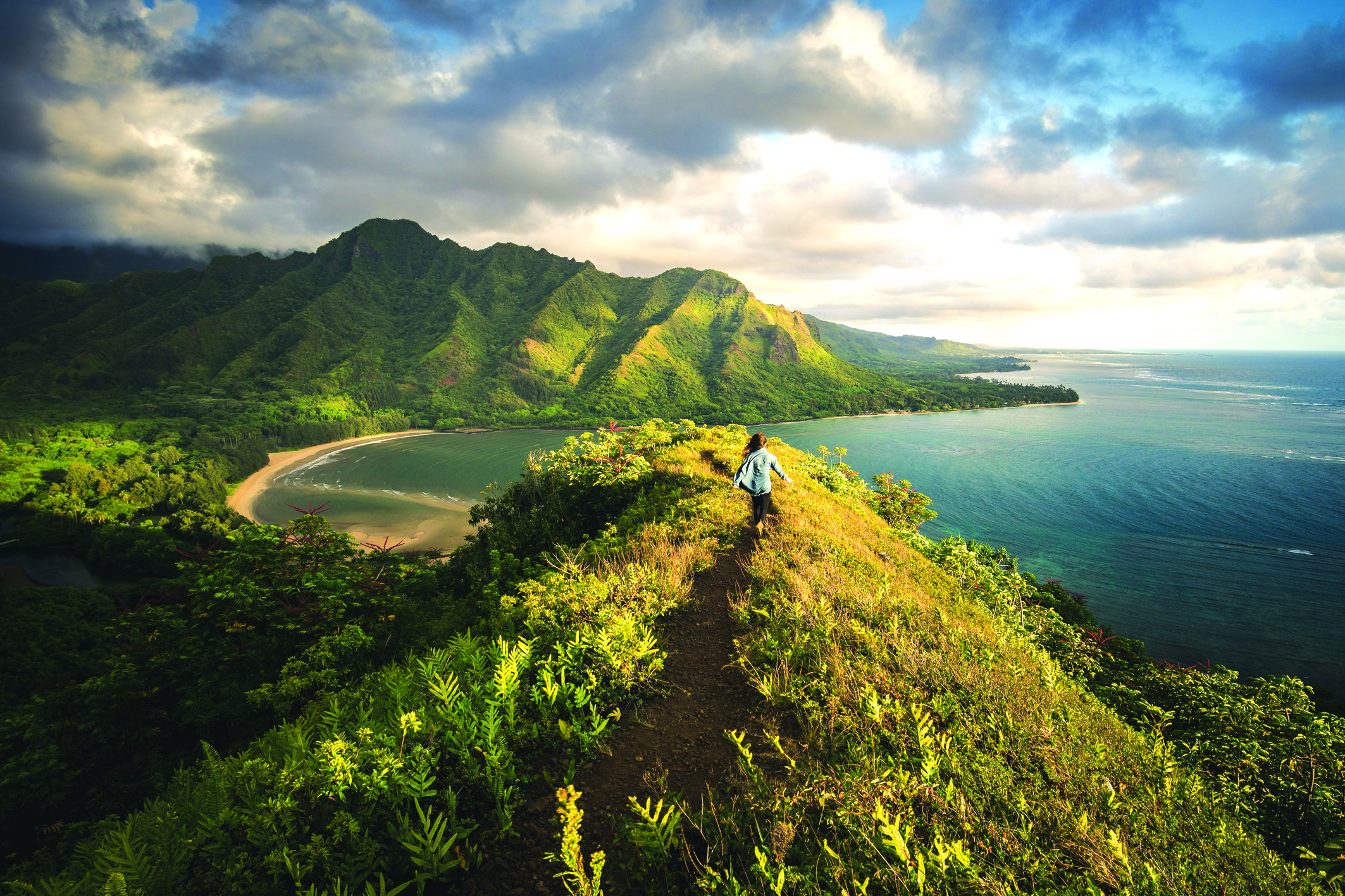 As the fifth largest of the Hawaiian islands, Molokai is a nature lover’s haven. Just 61km long, and 16km wide, it’s home to the highest cliffs in the world and the longest continuous fringing reef – not to mention stunning, and often unoccupied pristine beaches. It’s rustic, rugged and legitimately old-world – and visitors wouldn’t have it any other way.

Residents of the island live simply, travelling on country roads free of traffic lights and enjoying the friendly camaraderie that can only come with a small community. Tourists can expect unfussy accommodation and dining options but the opportunities to explore this seemingly-untouched pocket of nature are endless.The island has six valleys, however only one is accessible by road. Located on the north coast is Halawa, where local resident caretakers take guests on guided tours, weaving in intricate stories about Hawaii’s history, culture and community along the way.

If beaches are more your thing, a trip to the three-mile-long Papohaku Beach should be added to your Molokai itinerary. At the end of a long day exploring, don’t pass up the chance to try some of Molokai’s famous “hot bread”. A local delicacy only available from 8pm at the Kanemitsu Bakery, it’s a delight best savoured.

DON’T MISS:
Joining the community at the Molokai Ka Hula Piko. The cultural three-day annual event is held in honour of the Island’s oral tradition and offers lectures, food, live music and dance. The next event is scheduled for May 30.

HOW TO GET THERE:
Hawaiian Airlines and Mokulele Airlines offer flights out of Kahului, Maui.  The best airport to fly into is Hoolehua, Molokai. 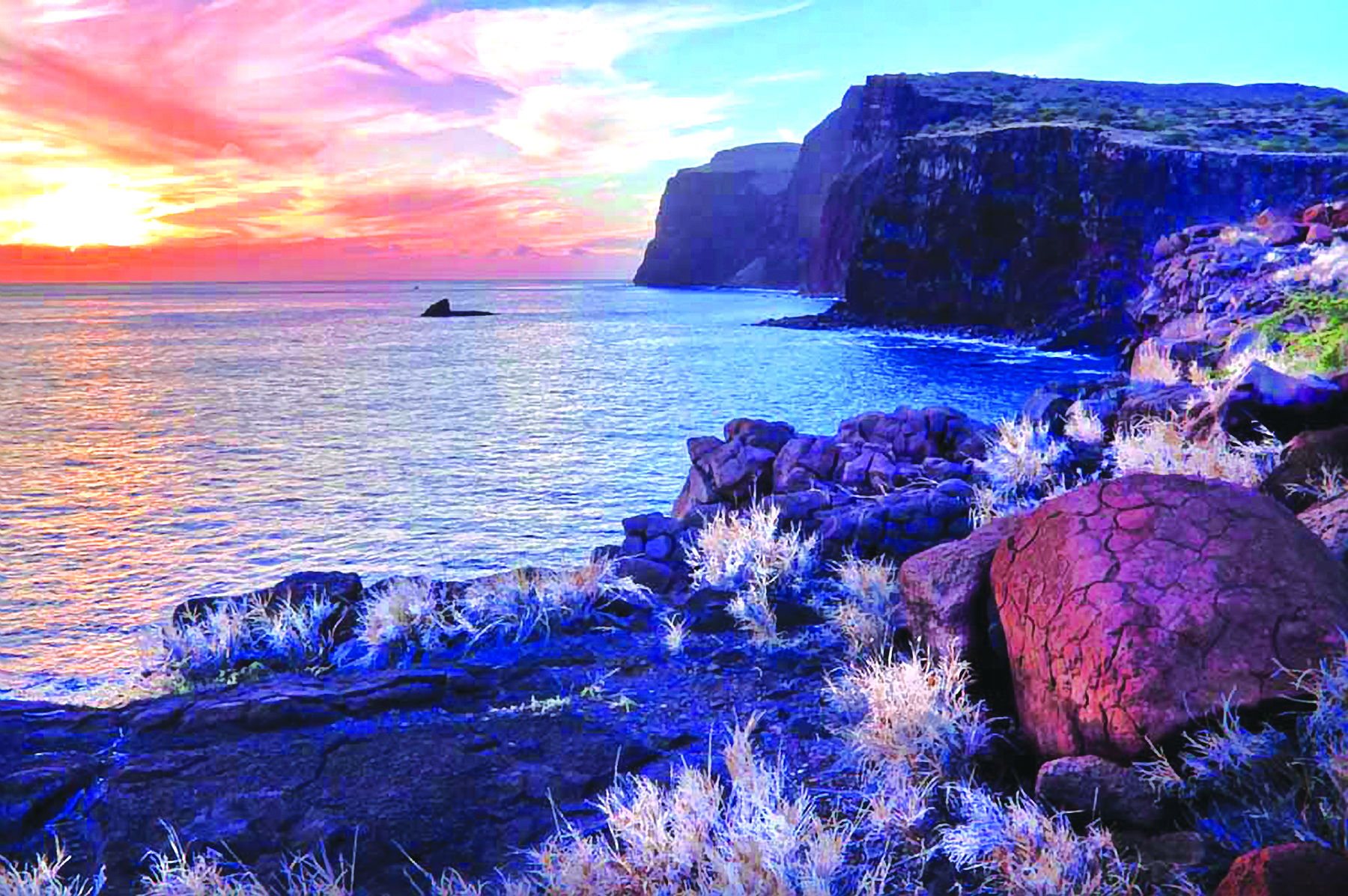 Known through much of the 20th century for its landscape-dominating pineapple fields, Lanai is certainly one quirky island. Tourists are greeted with a combination of natural beauty, small town neighbourly comforts, relaxed modern luxury, easy going adventure and get-away-from-it-all calm.

Hotel accommodation is divided into two – the Lanai City Hotel offers 11 “homely” guest rooms featuring period décor and furnishings, while the Four Seasons Resort is more suitable for those looking for something a bit more up market. The only transportation on the island is by Jeep, due to the dirt tracks that form the roads around the island. Zoom past stately pine forests, former pineapple fields and old ranching stations, but make sure you stop and take in the incredible mountain-to-the-sea views along the way.

Getting hungry? What Lanai lacks in big name eateries, it makes up for with small town character. A meal at the Lanai City Bar and Grille will offer an eclectic mix of locally inspired décor with a menu spotlighting American, Pacific Rim and Hawaii dishes. Sample produce pulled fresh from the ocean, poke bowls, soups and salads.

DON’T MISS:
A guided sunrise downhill bicycle tour; the vista is worth the early wake up! Or if you prefer a lazier start to the day, try a horseback ride over the Palawai Basin.

HOW TO GET THERE:
The Expeditions ferry takes visitors from the Lahaina Harbor in Maui directly to Manele
Bay in Lanai. 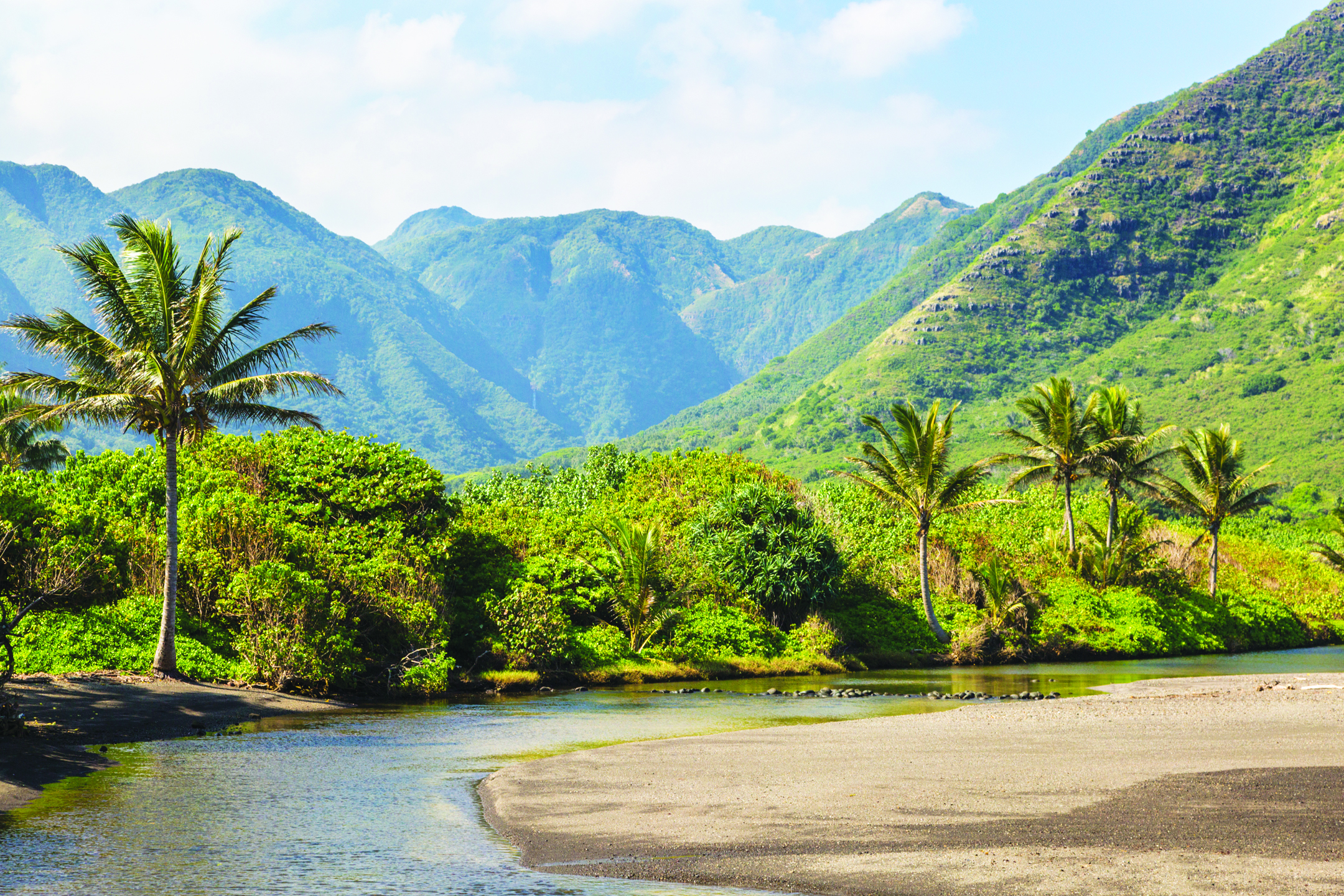 The Forbidden and the Target Isles

While not technically promoted as tourist destinations due to visitor restrictions, the islands of Niihau and Kahoolawe still offer some fascinating stories.

Niihau is nicknamed the Forbidden Isle because tourists are, quite literally, forbidden to visit. The island, is privately owned by one family and the only people allowed to step foot on the island are those who are personally invited by its current owners.

Less than 200 people inhabit Niihau, most of whom communicate in the local tongue. Artisan Niihau shell jewellery is hand crafted by a clever few and sold to tourists on neighbouring islands. These sought-after pieces can be hard to find, so if you manage to get your hands on one consider yourself lucky.

Some tour operators do operate out to Niihau, however the price tag is high – one company takes eager boar and hybrid sheep hunters on an exclusive trip where they can hunt to their heart’s content, but the privilege can cost upwards of US$1,950 per person.

Kahoolawe, the smallest of the main Hawaiian Islands at just 113km2 is, by law, off limits to the public. Nicknamed the Target Isle, it was once used to house prisoners before being taken over by US military and used for training purposes. It was returned to the US Government in 1994, however access remained limited due to areas of unexploded ammunition that littered the island.

Today, Kahoolawe is managed by the Kahoolawe Island Reserve Commission who is dedicated to cleaning up and restoring the island to its former glory. Work is undertaken by volunteers, which is the only way “outsiders” can visit. Interested parties need to register online to be considered, with departures leaving nearby islands once per month.