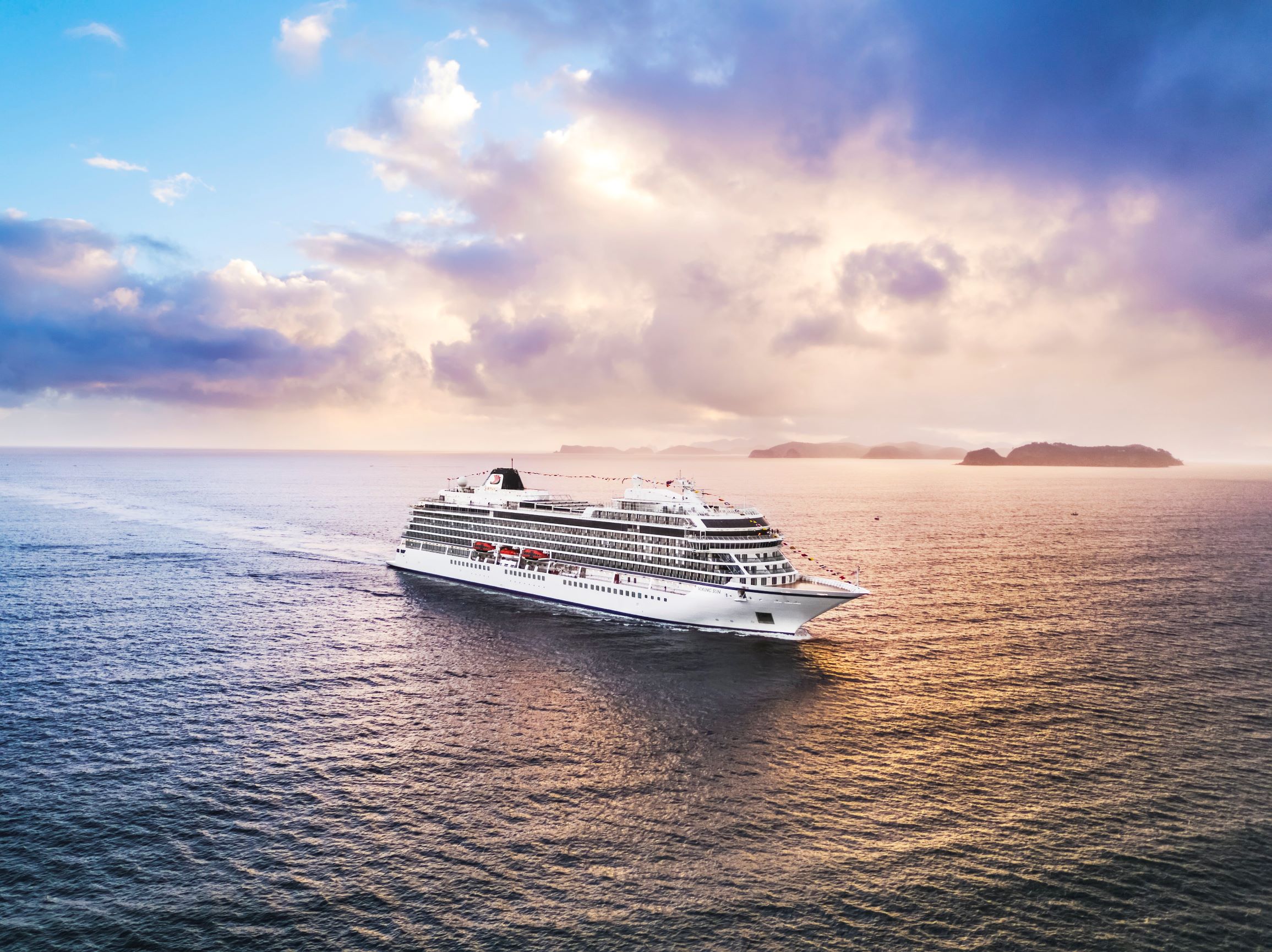 The Vikings are coming: counting down to Viking’s third Australian season

The countdown is on to the return of Viking to Australian waters from December 2019. The line’s third year of operating in Australia and New Zealand will be heralded by the arrival of two of Viking’s fleet of award-winning small ships; Viking Orion and Viking Sun.

December 2019 marks Viking Orion’s return to her seasonal Sydney and Auckland home ports for the second year in a row, from where she will offer eight local cruises over three months. Meanwhile sister ship Viking Sun visits Australia in February 2020 for the third time, as she circumnavigates the globe on her Guinness World Record-setting Ultimate World Cruise, an extraordinary 245-day voyage which is the longest continuous passenger cruise on record.

Boasting the most high-tech planetarium at sea, Viking Orion will reach Australian waters on 15 December 2019 when she arrives in Darwin before sailing into Sydney on 27 December 2019. She will sail six 15-day Australia & New Zealand itineraries between Sydney and Auckland, bookended at each end of the season by the 17-day Komodo and the Australian Coast itinerary between Bali and Sydney.

Viking Sun will arrive in Hobart on 7 February 2020, the first of eight Australian destinations during her epic 245-day voyage, which visits six continents, 51 countries and 111 ports over eight months. When Viking Sun reaches Australian waters, she’ll mark day 160 of her Guinness World Record-setting voyage from London to London, with 10 Australian guests sailing the full itinerary.

Together, the two state-of-the-art 930-guest sister ships will call at 10 Australian ports and seven New Zealand ports, including major cities like Sydney, Melbourne, Brisbane, Auckland and Wellington, as well as smaller destinations like Thursday Island, Cairns and the Whitsundays. Viking Sun and Viking Orion will offer guests no less than 16 overnight stays on Australian and New Zealand shores.

Since Viking’s very first ocean ship sailed in 2015, the cruise line has won an incredible array of awards globally, making a name for itself and gaining loyal followers by offering ‘The Thinking Person’s Cruise’.

A voyage with Viking is destination focused, culturally enriching and carefully curated. Itineraries are developed with curious, experienced travellers in mind and once onboard, every detail is designed to enrich the travel experience, so that guests can deeply connect to the destinations they visit.

Viking’s all-new, all-veranda, ocean ships are engineered at a scale that allows direct access into most ports around the world, and each identical sister ship features understated elegance coupled with modern Scandinavian design.

Viking Sun will spend a month in Australian waters, departing Darwin on 23 February 2020 as she travels onwards to Asia, India and the Middle East. Meanwhile Viking Orion will depart Sydney bound for Bali on 20 March 2020, marking the close of three months based down under. Viking Orion will return to Australia for her third and longest ever local season in October 2020, when she will sail eight 15-day Australia & New Zealand itineraries. Plus Viking Orion’s fourth Australian season has just been announced, arriving December 2021.