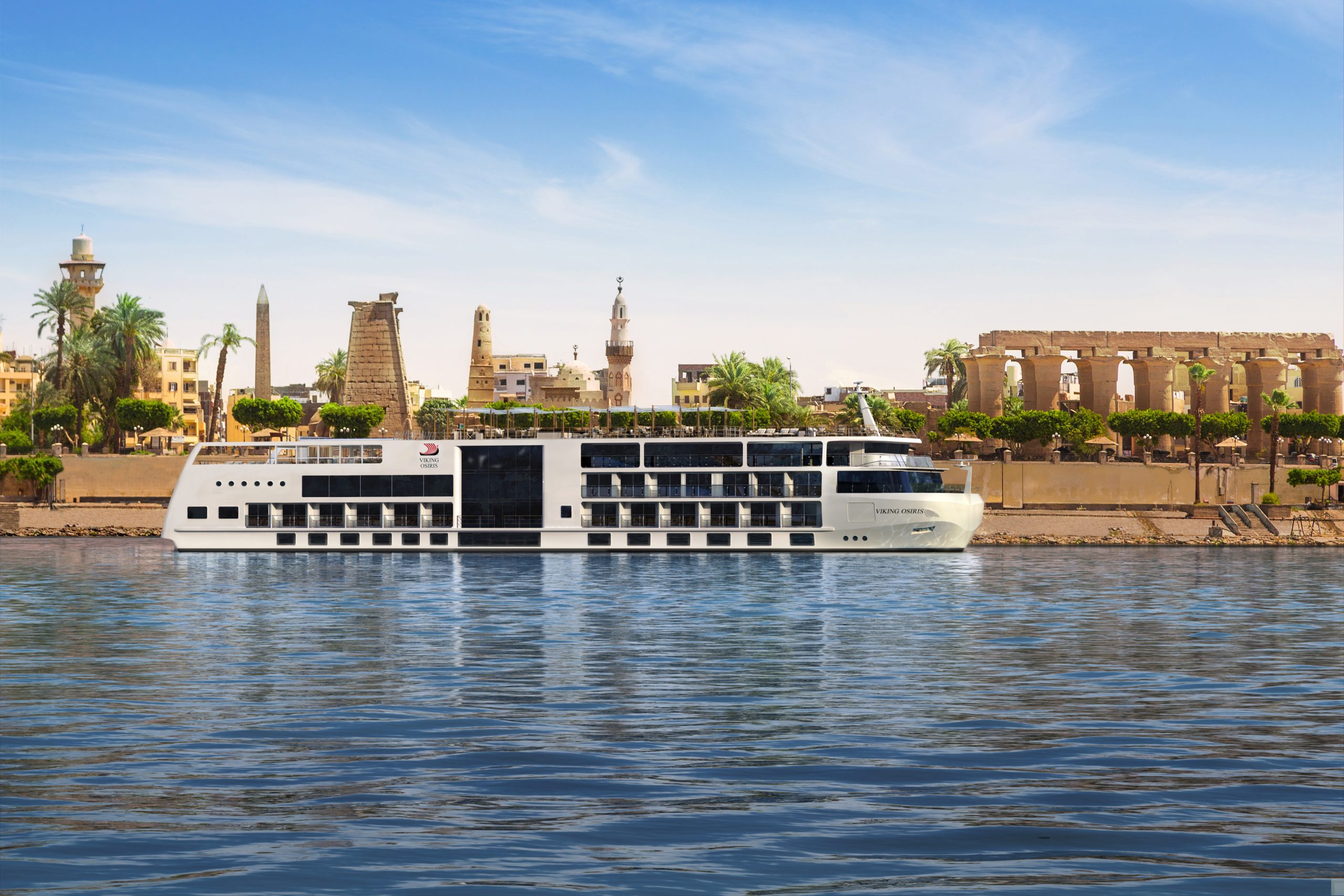 Viking today announced an expansion of its Egypt program for the 2020 season, which will include the launch of a new ship. Inspired by the design of the award-winning Viking Longships and built specifically for the Nile River, Viking Osiris is currently under construction and will double the company’s owned capacity in Egypt when it debuts in September 2020. Also launching in the next year are two new Pre-Cruise Extensions designed to enhance guests’ base knowledge of Egyptology prior to arriving in Cairo. These five-day extensions to Viking’s Pharaohs & Pyramids itinerary will provide guests with Privileged Access to archives and exhibits in London and Oxford that are not normally accessible to the public. This announcement comes as Viking guests continue to express strong interest in Egypt – and just one year after the company launched Viking Ra, a completely renovated vessel and Viking’s first owned and operated ship on the Nile.

“Egypt has inspired explorers for generations, and it remains a top destination for many of our guests,” said Torstein Hagen, Chairman of Viking. “For more than two decades, we have led the river cruise industry with our fleet development and experiences that bring travellers closer to the cultures of the world. We remain committed to Egypt, and we look forward to introducing the historic treasures of the region to even more Viking guests.”

Hosting 82 guests in 41 staterooms, Viking Osiris will be a state-of-the art ship with the clean, elegant Scandinavian design for which Viking is known – and will join the company’s other ship on the Nile, Viking Ra, which launched in 2018. Viking is the first and only Western company to build, own and operate ships on the Nile.

Building on the success of the Oxford & Highclere Castle program – Viking’s highest-rated Pre/Post Extension that visits “The Real Downton Abbey” – the company has applied the same degree of Privileged Access to two new curated Pre-Cruise Extensions that allows guests to retrace the steps of the world’s most famous Egyptologist, Howard Carter, and his benefactor, the 5th Earl of Carnarvon. Guests on the five-day British Collections of Ancient Egypt extension will meet their Viking Tour Director, an expert Egyptologist, in London and experience Privileged Access to two museums: first a private, early morning visit to the Egyptian Collection at the British Museum before it opens to the general public – and then a visit to the home and personal museum of world-renowned architect, Sir John Soane, where the tour will be illuminated by candlelight, a re-enactment of how Soane entertained guests and showcased his exquisite collection of Egyptian antiquities, including a 3,000-year-old Egyptian sarcophagus. Guests will also visit London’s Petrie Museum, which houses more than 80,000 artefacts from ancient Egypt and Sudan. In Oxford, guests will visit the Ashmolean Museum, one of the oldest in the world, and home to a varied collection of Egyptian mummies and art – and go behind the scenes at Oxford University’s Griffith Institute, where they will enjoy a Privileged Access visit to see Carter’s archives, which detail the discovery of Tutankhamun’s tomb. Lastly, guests will have an opportunity to visit Highclere Castle – the country seat of the Earl and Countess of Carnarvon – and enjoy an exciting opportunity to view the earl’s magnificent private collection of Egyptian artefacts. Guests traveling through April 2020 may opt for the new five-day King Tut & the UK’s Egyptian Collections extension, which also includes an opportunity to visit Tutankhamun: Treasures of the Golden Pharaoh, a special exhibition at London’s Saatchi Gallery that is presented by Viking.

During the 12-day, Pharaohs & Pyramids itinerary, guests experience Egypt’s cultural treasures in seven destinations. The cruisetour begins with a three-night stay at a first-class hotel in Cairo, where guests can visit iconic sites such as the Great Pyramids of Giza, the necropolis of Sakkara and the Mosque of Muhammad Ali. Guests will then fly to Luxor, where they will visit the Temples of Luxor and Karnak before boarding a Viking river ship for an eight-day roundtrip cruise on the Nile River, featuring Privileged Access to the tomb of Nefertari in the Valley of the Queens, and excursions to the Temple of Khnum in Esna, the Dendera Temple complex in Qena, the temples at Abu Simbel and the High Dam in Aswan, and a visit to a colourful Nubian village, where guests can experience a traditional elementary school. Finally, the journey concludes with a flight back to Cairo for a final night in the ancient city.