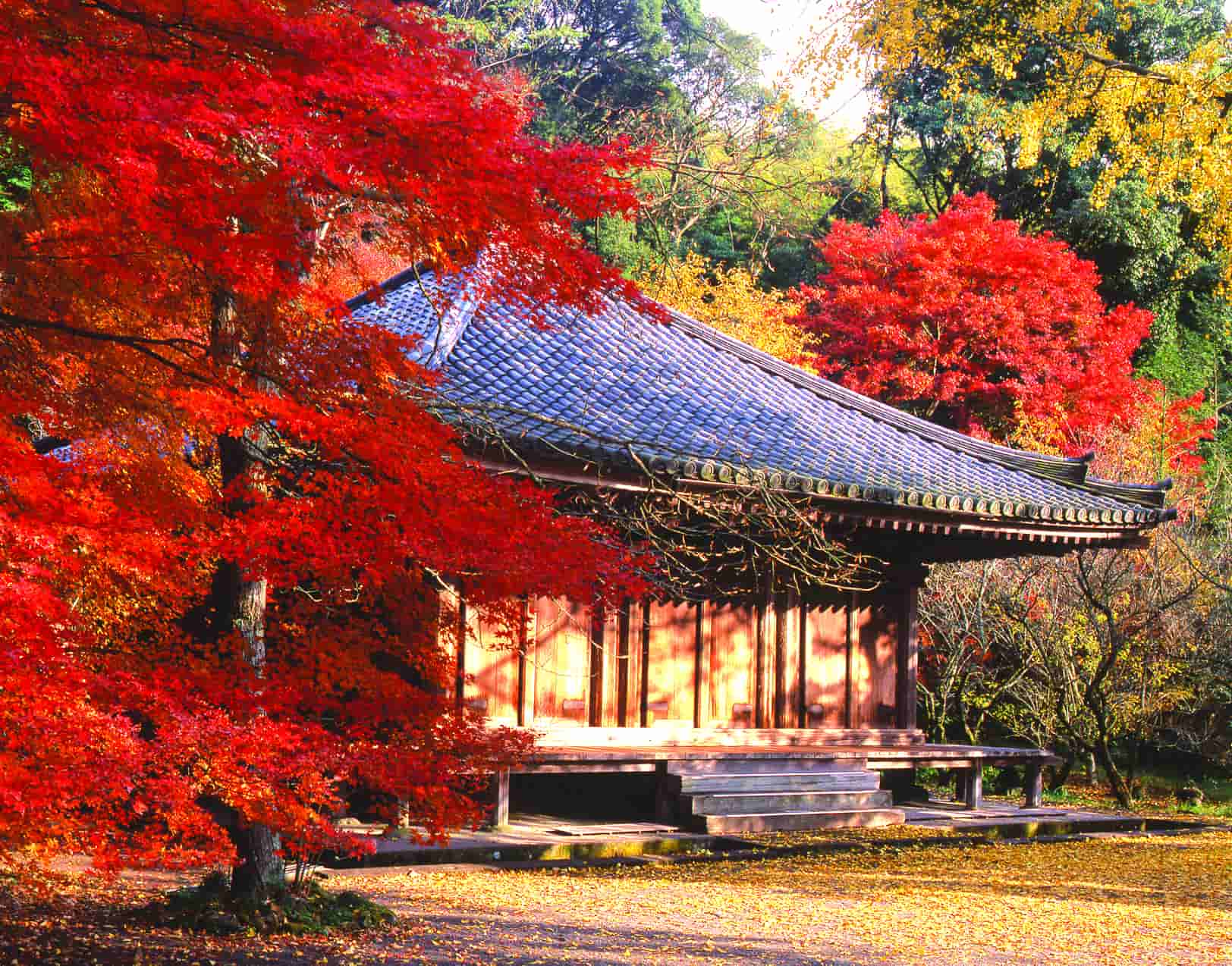 JAPAN is hosting the Rugby World Cup next year, providing a great opportunity to combine sports with sightseeing in this most fascinating of nations, writes Brian Johnston.

The Rugby World Cup is one of the greatest shows on Earth, though that’s a big claim in Japan, where great shows pop up at every turn: samurai castles, gushing hot springs, snow-capped volcanoes, vending machines that sell just about anything, and a culture thousands of years old. The tournament’s 48 rugby matches might be thrillers, but the sporting event’s host cities will enthral you too. Ancient competes with ultra-modern, stunning scenery with urban charms. Save some of your cheering because, long after the rugby players have departed, Japan will still be there — and wowing you.

The Rugby World Cup runs between 20 September and 2 November 2019, with matches held at 12 venues across Japan. Many such as Yokohama, Kumamoto, Fukuoka and Kobe are great travel destinations in themselves. Even better, the Wallabies will be playing in some of the nation’s top locations, kicking off with their first match against Fiji in Sapporo on 21 September.

Sapporo is the chief city of rugged, thinly-populated northern island Hokkaido, best known for its ski resorts such as Furano and Niseko. It’s just as fabulous without snow, though, thanks to its national parks, forests and mountain chains. Sapporo Dome’s main claim to fame is its retractable surface, where a grass pitch slides in and out of the stadium as needed for rugby and football games.

Give your camera a workout on a hike amid glorious alpine scenery where autumn foliage unfolds across the landscape in glorious Technicolour, and snow is beginning to dust mountaintops. As a bonus in multi-hued Daisetsuzan National Park, you can soak in Asahidake hot springs at the foot of a volcano. In Sapporo itself, the Autumn Fest is a showcase of the region’s agricultural products, with food stalls serving sake, craft beers, seafood and hearty bowls of buckwheat noodles.

On 29 September, you might want to move on to Tokyo, where Australia tackles Wales. Tokyo is a fast-paced, exhilarating encounter with ultra-urban Japan, and showcases its latest music, teenage trends, fashions, cartoon animations, technology and pop culture. Shinjuku district is crowded with avant-garde skyscrapers and thronged department stores, and boasts Japan’s busiest train station. In the evenings, it’s the epicentre of Tokyo’s incredible nightlife. Giant video screens and neon flash above alleys of karaoke bars, jazz lounges, nightclubs and traditional kabuki theatres. 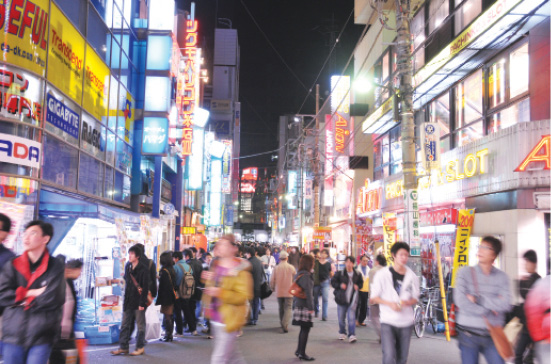 Shibuya is another Tokyo district worth exploring for its youthful fashion and homeware stores. More budget-conscious Harajuku district is a must-visit for its eye-popping teenagers in manga-inspired outfits, from Goth vampires to pink-clad Barbie lookalikes (usually seen on a Sunday). It’s typical of Tokyo that you can walk on to serene Meiji Shrine, where wedding couples in traditional attire parade behind the shrine maiden and musicians.

The island of Kyushu in southern Japan is noted for its warm climate, beautiful landscapes, more laidback smaller cities and (most of all) its hot springs. The Wallabies take on Georgia at Oita on 5 October, right in a volcanic zone where hot water bubbles and you can soak with views across rice fields and mountains. You’ll also find plenty of historic towns such as Mameda, Kitsuki and Usuki, and hills dotted with rock-carved Buddha statues and Shinto shrines.

Nearby, rollicking Beppu attracts visitors from all over Japan: there are almost 3,000 gushing hot springs within the city confines, and many bathhouses in which to enjoy them. At Takegawara bathhouse you can get buried up to your neck in hot black sand; at Suginoi Palace you can float in bubbling pools surrounded by elegant tropical palms. Then there are the famous and aptly named hells (jigoku) where thermal water turns to burping milky-white and brown mud. It’s not rugby, but it’s still quite a spectacle. 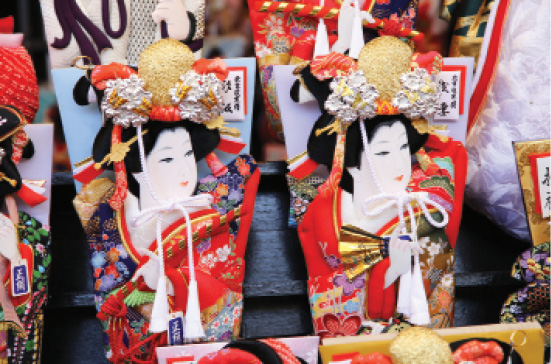 Lastly, Shizuoka Prefecture just west of Tokyo could hardly be a greater contrast to the heaving metropolis, even though it’s only an hour away by bullet train. This prefecture is one of Japan’s richest thanks to eminent industrial families such as Suzuki, Yamaha, Honda and Kawai, and there’s plenty of urban sprawl. Yet you’ll also find a rugged coastline, rolling countryside vivid green with tea plantations and wasabi farms, and renowned hot spring towns such as Atami and Shuzenji.

Australia plays Uruguay in Shizuoka on 11 October in a stadium just a hop from hilltop Kakegawa Castle, crammed with samurai armour and ninja legends. At adjacent Ninomaru Teahouse you can sit on a tatami mat and admire the maple trees in the traditional Japanese gardens. The most picturesque corner of this region, though, is the Izu Peninsula, a rugged and forested swathe of land that juts out into the Pacific Ocean and is a wonderful taste of rural Japan. Mt Fuji looms across Suruga Bay — which the Japanese claim is the most beautiful bay in the world — like a snowy mirage. 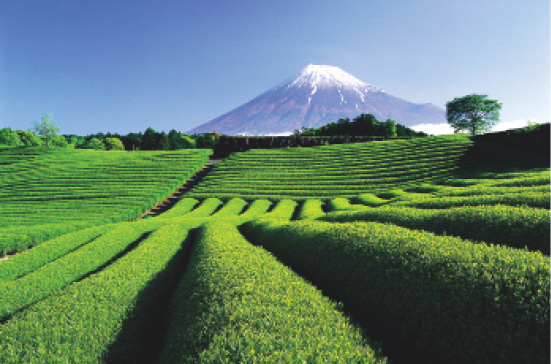