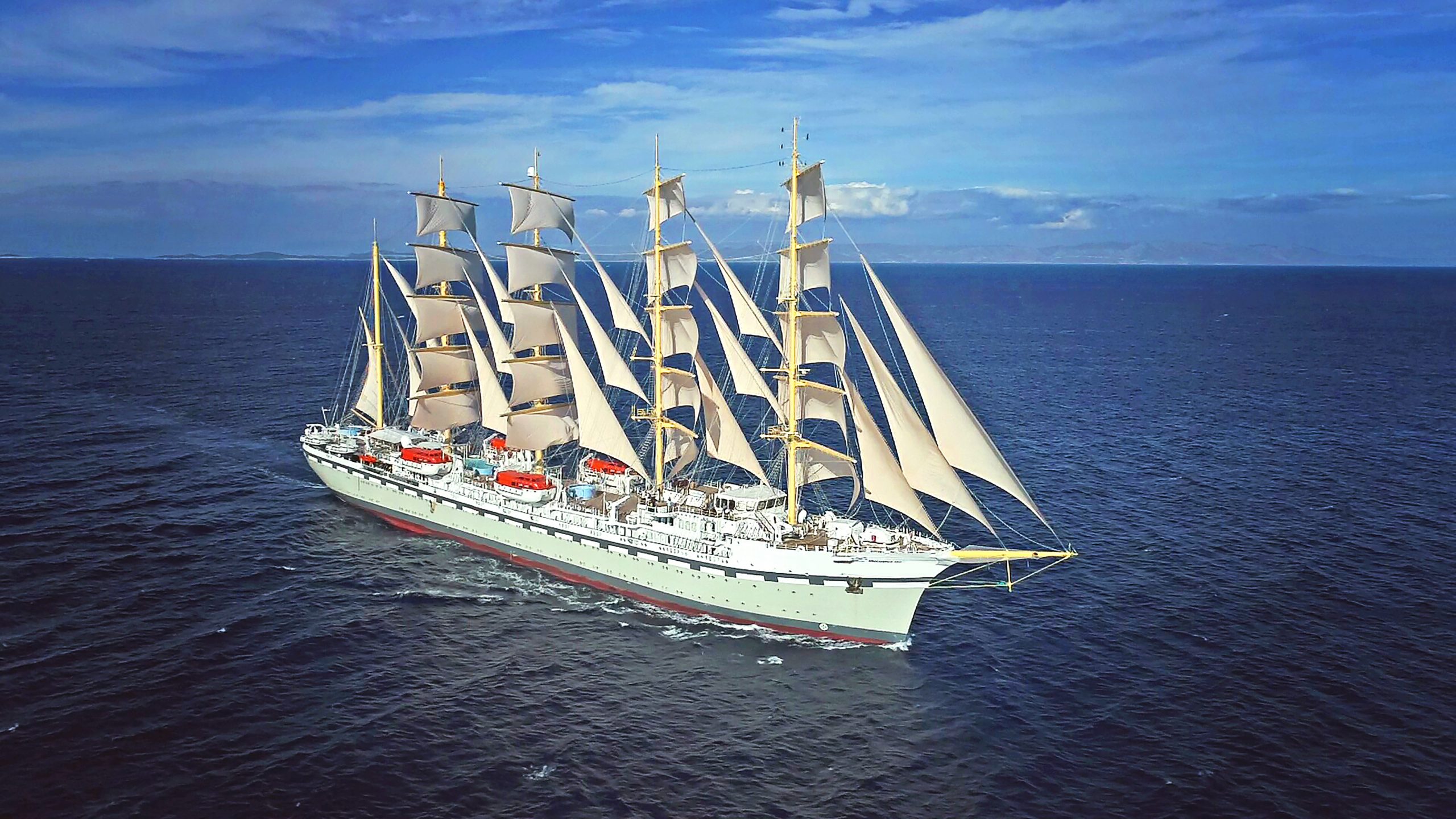 Wild and remote corners of southern Australia will be graced with the majestic sight of the world’s largest and newest sailing ship, Golden Horizon, as part of a new 14-night stay and sail package offered by Australian small ship cruise specialist, Cruise Traveller.

The exclusive holiday package from Adelaide to Perth in January 2022 will showcase secluded destinations never visited by larger cruise ships and rarely by any other cruise vessels – isolated, tiny places and ports like Coffin Bay in South Australia – famous for its oysters, the 100m-high cliffs at Head of the Bight in South Australia bordering the vast Nullarbor Plain, the crystalline waters and chalk-white beaches of Israelite Bay in Western Australia and the sleepy coastal hamlet of Bremer Bay in WA.

Cruise Traveller is the exclusive launch partner for new UK-based cruise line, Tradewind Voyages, which will debut the brand new, five-masted Golden Horizon this April and bring her to Australia next summer with her billowing sails, traditional nautical trimmings and gleaming wood and brass. Since the launch of Golden Horizon’s maiden Australian season in November, 2021, Cruise Traveller has received a rush of bookings from Australians captivated by romantic and unique voyages aboard the deluxe, 272-guest ship, which is projected to be under the sole power of wind for 70 per cent of the time, thanks to 6300 square metres of billowing sails.

Cruise Traveller’s 14-night ‘Remote Southwest Australia’ package starts on January 21, 2022, with a one-night hotel stay in Adelaide where guests will board Golden Horizon the next day for a 13-night voyage west to Perth via the wildlife sanctuary of Kangaroo Island, Coffin Bay and spectacular Head of Bight – a spectacular bay in the Great Australian Bight lined by the longest stretch of uninterrupted sea cliffs in the world. Flanking the Nullarbor Plain, the Bunda Cliffs here stretch for more than 100km and soar more than 100m vertically from the sea.

Also on the itinerary are the WA destinations of Esperance – home to some of Australia’s whitest beaches, the rugged beauty of Israelite Bay, the fishing village of Bremer Bay, the pretty coastal town of Albany and also Busselton – gateway to the famous Margaret River wine region. The world’s largest square-rigged sailing ship will then sail into Perth’s port of Fremantle where scores of sightseers are expected to gather to witness the maiden arrival of the magnificent Golden Horizon.

The 14-night package is available from A$7760 per person, twin-share, including a night in Adelaide pre cruise, beer and wine with lunch and dinner aboard the ship, onboard gratuities and use of the ship’s extensive water sports equipment including water skis, pico sailboats, kayaks, windsurfers, stand up paddle boards, snorkelling gear and a floating island and trampoline for fun in the water off the ship’s marina platform.