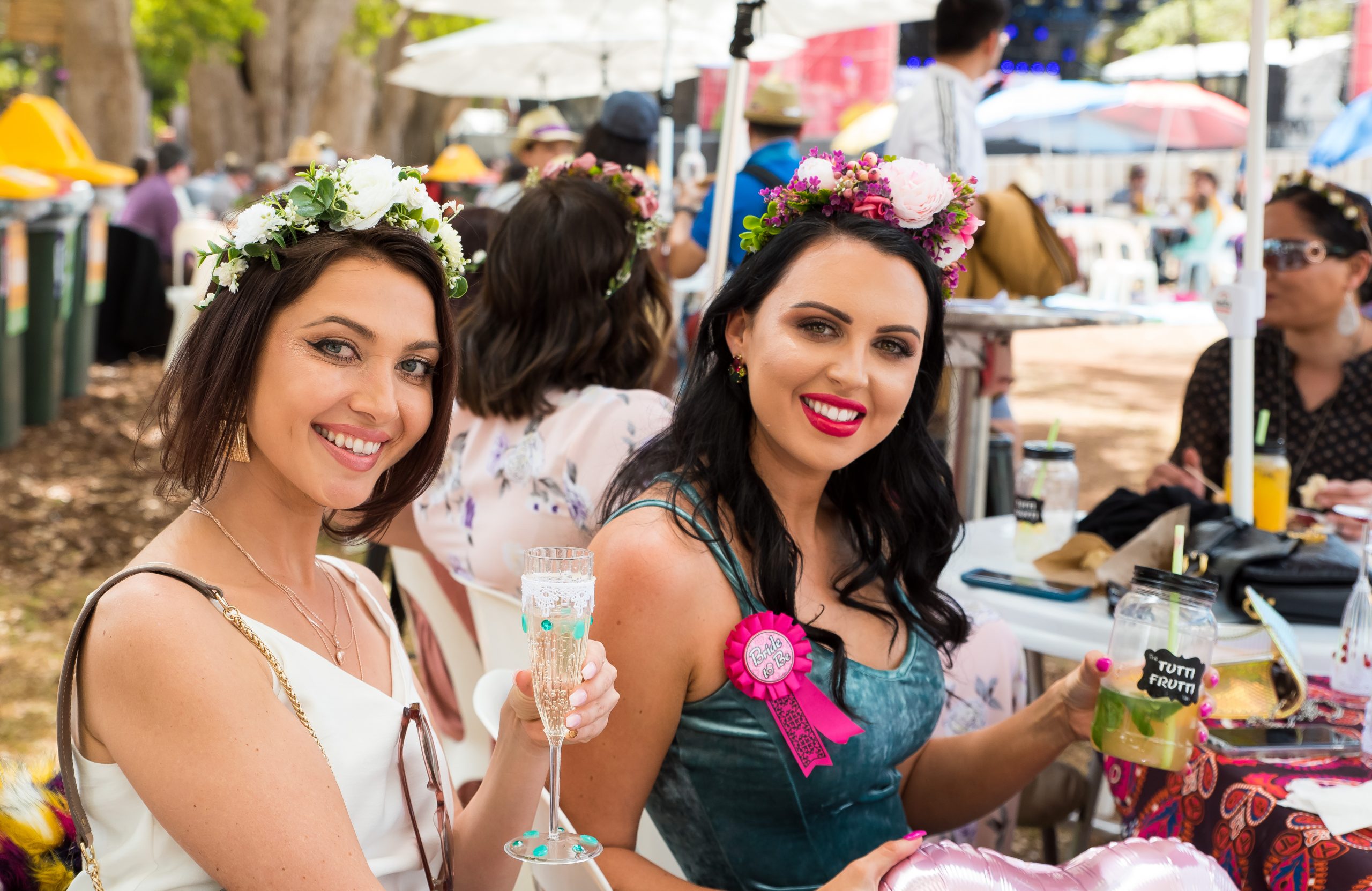 The music is back!

Toowoomba Carnival of Flowers’ music line-up for the Festival of Food and Wine: 10-12 September

Four of the most iconic names in Australian music in Grace Knight, Wendy Matthews, Richard Clapton and GANGgajang lead the music line-up for this year’s Festival of Food and Wine at the Toowoomba Carnival of Flowers. They will be joined over the three days by Sarah Blasko, Ash Grunwald along with The Beautiful Girls and in a highlight for 2021, nine local music-makers will take to the stage in a 50/50 split between feature and local acts.

“It’s with great excitement that we announce the line-up for the Festival of Food and Wine as part of Toowoomba Carnival of Flowers, to be held from September 10 to 12 in Queens Park, celebrating the best in Australian music and our sensational regional flavours,” said Chair of the Toowoomba Regional Council Environment and Community Services Committee Cr James O’Shea. “This year we are excited to welcome music makers who have created some of our country’s biggest anthems, as well as more local musicians than ever before, in a wonderful three days of celebration!”

TICKETS to the Flower Food and Wine Festival are on sale NOW at tcof.com.au

FESTIVAL OF FOOD AND WINE 2021: THE MUSIC PROGRAM

Opening on Friday 10 September is 22-year-old Toowoomba singer-songwriter, James Ryle who is well known and followed locally.  After, Brisbane indie pop rock band The Jensens take to the stage. A festival-favourite, they have just launched their second album, ‘Hammer & Blush’ after dropping singles including the explosive new dancefloor filler, ‘Paper Walls’.

Then it’s Sydney-based duo Lily and Grace Richardson, aka CLEWS, famed for their candied grunge, lush harmonies and cool songwriting as featured on their successful 2018 debut ‘Museum’, and powerful singles , ‘Crushed’ and this year’s ‘Overluck’. Brisbane’s Holy Holy closes Friday night, with duo Oscar Dawson and Tim Carroll performing new works plus highlights from their album, ‘My Own Pool of Light’, which was ARIA-nominated for Best Rock Album and received a J Award nomination for Album of The Year.

Saturday opens with talented young Toowoomba indie-pop music maker Meg Beth. The multi-instrumentalist was awarded a coveted spot in the Big Sky Girls Songwriting program in 2018 and won the USQ Get Songwriting prize in 2018 and 2019. Local contemporary vocalist and songwriter Kent Tonscheck then takes to the stage.

From 2pm on Saturday ex Toowoomba, now Brisbane’s alt-pop Beamish Brothers take over. The two brothers, who used to join their opera-singing mum on stage as kids, have gained international acclaim for harmonising with fresh songwriting ideas that celebrate their signature acoustic style. They hand the stage to Brisbane musicians Fat Picnic, a soul-reggae festival favourite who promise to get the Saturday night party started!

Legendary Australian rock band GANGgajang then take over. For 30 years this acoustic-loving band have made iconic Australian music and in 2021 welcome a new generation of fans after every performance. Then, it’s time for music royalty – Grace Knight and Wendy Matthews in their first show together celebrating the songs of Paul Simon, and then Richard Clapton to round out the night!

Grace Knight and Wendy Matthews are two of the most iconic and beloved singers in Australian music. They’re both multi-award winning artists with a swag of Countdown, MTV & ARIA awards between them and a bundle of platinum albums under their belt. In their first show together, they present the songs of one of the world’s greatest living songwriters – Paul Simon… Sounds of Silence, Homeward Bound and Bridge Over Trouble Water, You Can Call Me Al, Diamonds on The Soles of Her Shoes and Graceland.

Then ARIA Hall of Fame inductee Richard Clapton, one of the country’s foremost singer/songwriters and the one who paved the way for generations of songwriters to write about the experience of being Australian, takes over. It’ll be a day and night of incredible sounds in Queens Park.

On Sunday the stage opens with local singing-songwriting talent, the Jasmine Aleisha Duo, then the brilliantly named three-piece groove-rock band Fenny and the Mets, before local 3 piece band Van Lil Band. From 3pm on Sunday the Brisbane-based six-piece Open Season will share their exciting new wave of country folk, a marriage of traditional folk and modern country! Then one of Australia’s most captivating music storytellers takes to the stage in blues musician and five-time ARIA nominated, Ash Grunwald. Next up – it’s Sydney’s The Beautiful Girls, a folk, soul, jazz, hip hop and roots group founded by Mat McHugh, Clay MacDonald and Mitchell Connelly who’s last four albums all peaked in the top 20 on the ARIA charts.

Closing Sunday night – and the Festival of Food and Wine– is Sarah Blasko who holds the rare position in Australia of having an unparalleled six-album run of genre-defining indie-rock and art-pop, as well as countless award nominations, three ARIA awards and Triple J’s Album Of The Year for ‘As Day Follows Night’.

FESTIVAL OF FOOD AND WINE 2021: THE FLAVOURS

In addition to over 40 food and wine stalls, new to the Festival in 2021 are a range of Carnival Hampers, showcasing local produce and the perfect way to enjoy the park and the tunes! These are available to order online and can be collected in the Festival ready to enjoy.

Selection of local meats, cheeses, crackers, fruit & chocolate + disposable cutlery plus a choice of one bottle of sparkling, white or red wine available at the pickup location, one reusable Carnival cup per guest, with GF and vegetarian options available.

Selection of local meats, cheeses, crackers, fruit & chocolate + disposable cutlery, plus a choice of two bottles of sparkling, white or red wine available at the pickup location, one reusable carnival cup per guest with GF and vegetarian options available.

Also new to the Festival this year is The Botanical Society, a styled private bar serving custom-created cocktails, private toilets and boasting premium viewing of the main stage for the over 18 year olds only. Tickets are strictly limited and on sale now.

The FULL PROGRAM is LIVE, tickets on sale now at tcof.com.au