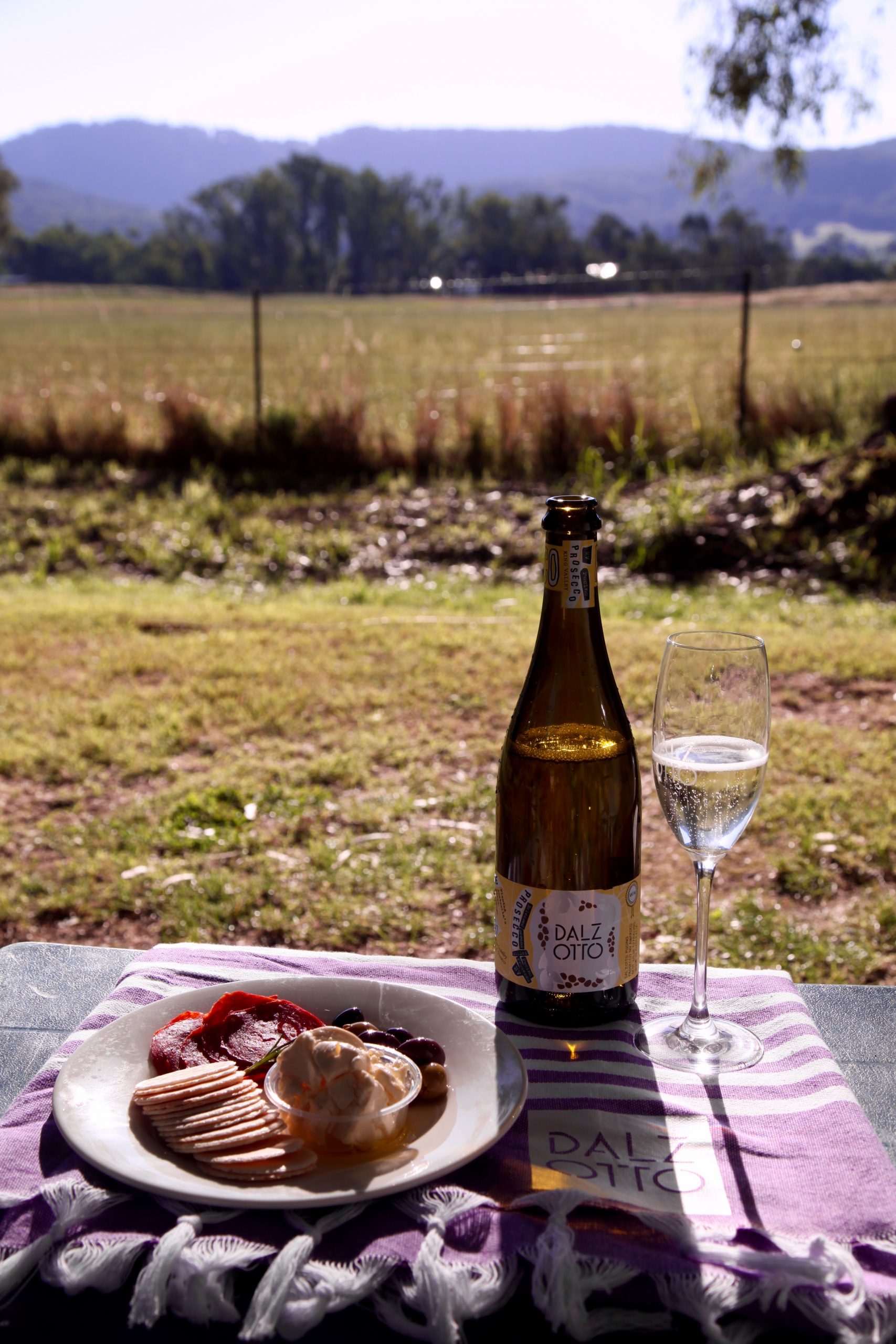 King of the road

Driving through Victoria’s King Valley is like travelling through northeastern Italy – where the hills are raked with vineyards, bocce is the sport of choice and bottles of prosecco can be heard popping from every corner. Only the gum trees give the game away.

Following the Second World War the area was settled by a community of Italians, who, on finding the region reminisce of their homeland started growing Italian grapes among the eucalypt-clad mountain ranges. Along with their pasta makers and cheese graters the new arrivals also brought their passion for sharing fresh produce with visitors and friends.

Today, five wineries – Brown Brothers, Sam Miranda, Dal Zotto, Pizzini and Chrismont – have banded together to produce a 50km food and wine trail called the King Valley Prosecco Road.
I’d like to say we’re driving a red Ferrari (or perhaps riding Vespas), but we’re tootling along in a hired Apollo motorhome – more room for the wines that way. 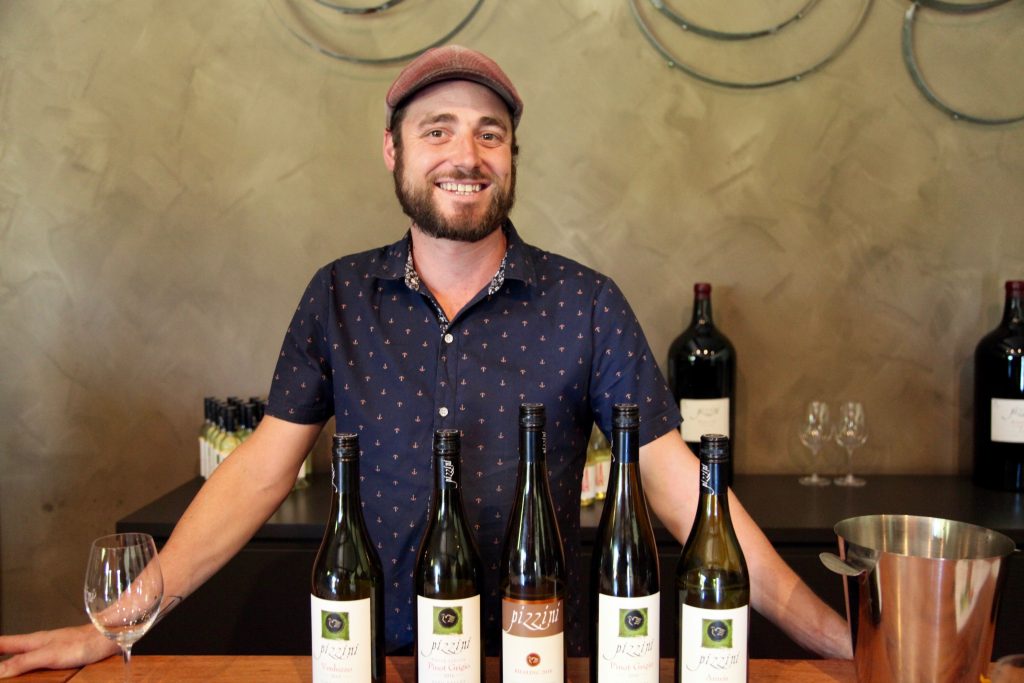 Wangaratta is the gateway town; just off the Hume Freeway, 45 minutes drive from Albury/Wodonga, 2.5 hours from Melbourne or 4.5 hours from Canberra. With its cafes and galleries, riverside parks and dining precinct it’s country cottage meets city cool. Spend a few hours walking the Bullawah Cultural Trail, cycle a section of the Murray to Mountains Rail Trail or dine alongside the Ovens River. 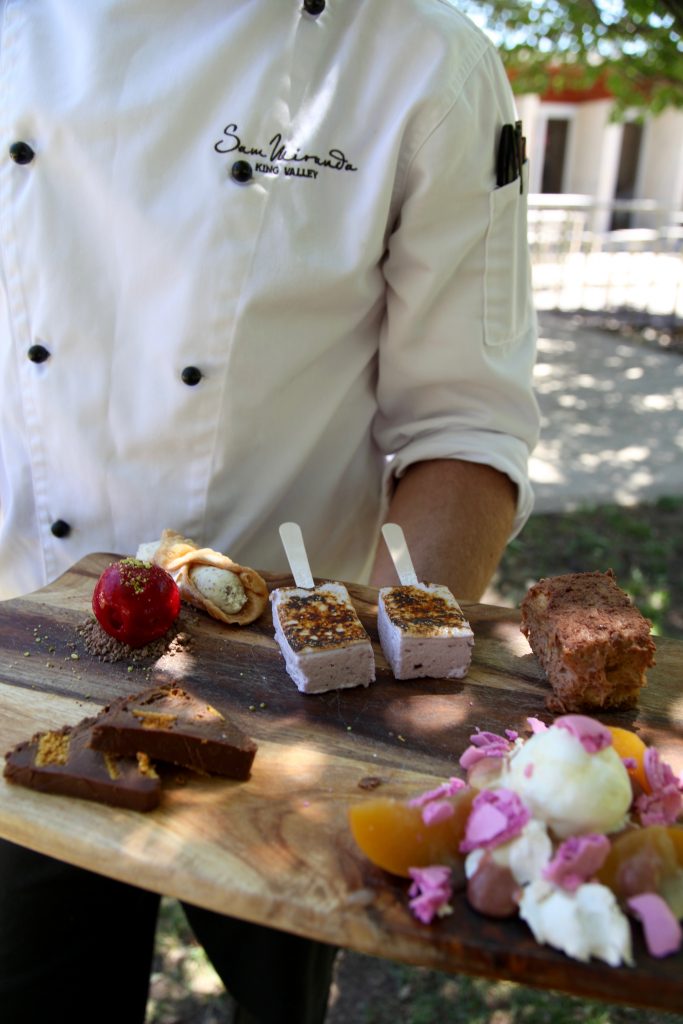 Food lovers should make a beeline for the Milawa Gourmet Region, Australia’s first official ‘gourmet region’ centred around the townships of Oxley, Milawa and Markwood. The best way to explore the region is by complementary Peddle to Produce bikes, which can be picked up from Brown Brothers winery for the easy ride into Milawa, famous for cheeses, mustards, olives and beef. Flat as a pizza, the only hard part is working out how to stack the goodies into the bikes’ all-too-small baskets.

From Milawa it’s a ten-minute drive to the Wangaratta-Whitfield Rd, otherwise known as Prosecco Road, a daisy chain of wineries strung alongside the King River. You could spend a day or a week; stopping at cellar doors, kayaking on the river, dining at trattorias and stocking up at farmers’ markets. Accommodation ranges from caravan parks and B&Bs, to motels, pubs and cottages.

Start at Dal Zotto Wines, a sprawling property where family patriarch Otto Dal Zotto pioneered the first prosecco vines in the valley. On the day we arrive the cellar door is buzzing with sales and tastings of pinot grigio, arneis, sangiovese, barbera and other Italian varietals.
Otto’s son Christian Dal Zotto hands out the prosecco spritzer and invites guests to join him in a game of bocce amid the gums and vines. “Family, tradition and innovation are our guiding principles,” he says. “Origins are just as important as the future.” 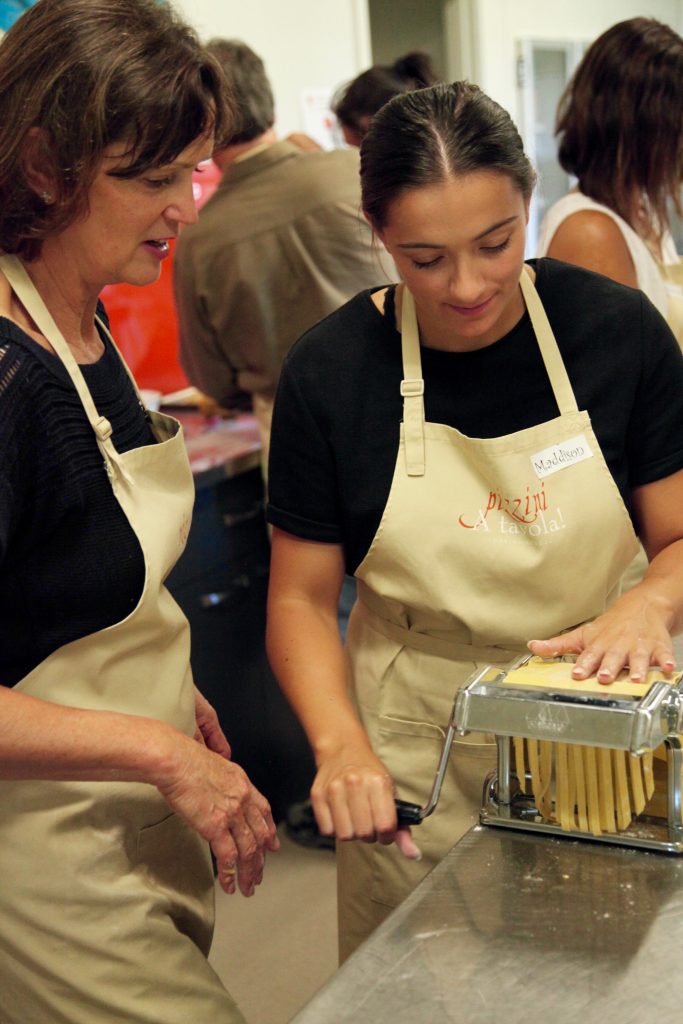 This philosophy defines the valley, from Pizzini Wines, where Fred Pizzini looks after the vineyard and his wife Katrina operates an Italian cooking school, to Chrismont, where Arnie Pizzini (cousin to Fred) operates a Sicilian-inspired restaurant and a state-of-the-art cellar door. Like all good Italian communities everyone knows (or is related to) everyone else.

A road trip is the perfect way to enjoy the region, particularly when your (queen-sized) bed is on your back. Not just for the sense of freedom, but the flexibility, the chance to swap the highways for the byways, to take the detours and diversions.

One such detour is the backroad from the King Valley to Benalla, a 60-kilometre drive through the High Country hills, where fields are upholstered in green corduroy and the sky is as blue as Sidney Nolan painting.
Benalla was the epicentre of the original hipster – Ned Kelly and his gang of bearded bandits. A brochure from the Visitor Information Centre outlines the Ned Kelly Trail, a self-guided route that takes in the major Kelly gang sights in and around Benalla.

Visit the Commercial Hotel, which was used as the police headquarters during the manhunt for the Kelly Gang, the Old Courthouse and Survey Office, where numerous Kelly family members appeared on various charges, and the Benalla Art Gallery, with its tapestry of Sidney Nolan’s iconic Glenrowan from his series of Ned Kelly paintings.

For art of a different kind, hit the pavement. Known as Victoria’s regional street art capital, Benalla hosts the annual Wall to Wall festival where world class Australian and international artists spend a weekend painting massive murals across the city. Keep an eye out for a kelpie dog by Dviate, a portrait of an Indigenous man by Adnate and a pensive Ned Kelly by Sirum.
From Benalla it’s a 30-minute drive back to Wangaratta, where red gums line the banks of the Oven’s River, their trunks so robust they were once used by the Bpangerang people for making canoes and baby cradles. The Italians may have brought the wines, but the landscape is 100 per cent pure Australian.