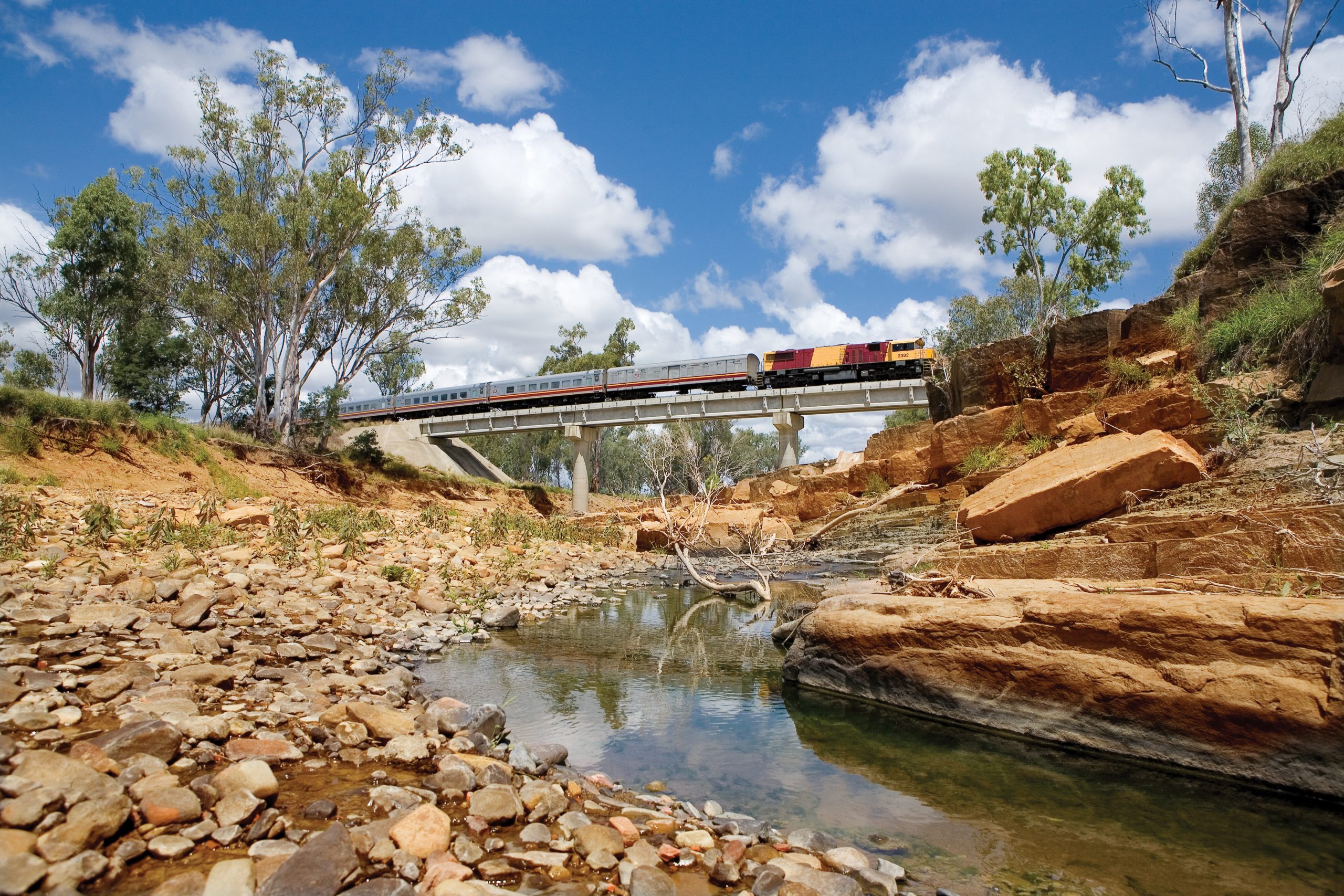 Rail Journeys – Feeling the Spirit of the Outback

My book never stood a chance.
After a hearty breakfast in the Spirit of the Outback’s dining car, I’d returned to my cosy cabin and hopped back into bed with plans to do a little reading. But while my book may have been open, my eyes were drawn to what was happening outside.
Anthills were starting to rise out of the earth; butterflies, dragonflies, cockatoos and hawks were flying outside my window; a Brahman cow’s long floppy ears swung comically around her head as she ran alongside the train; and the occasional kangaroo hopped in the distance. 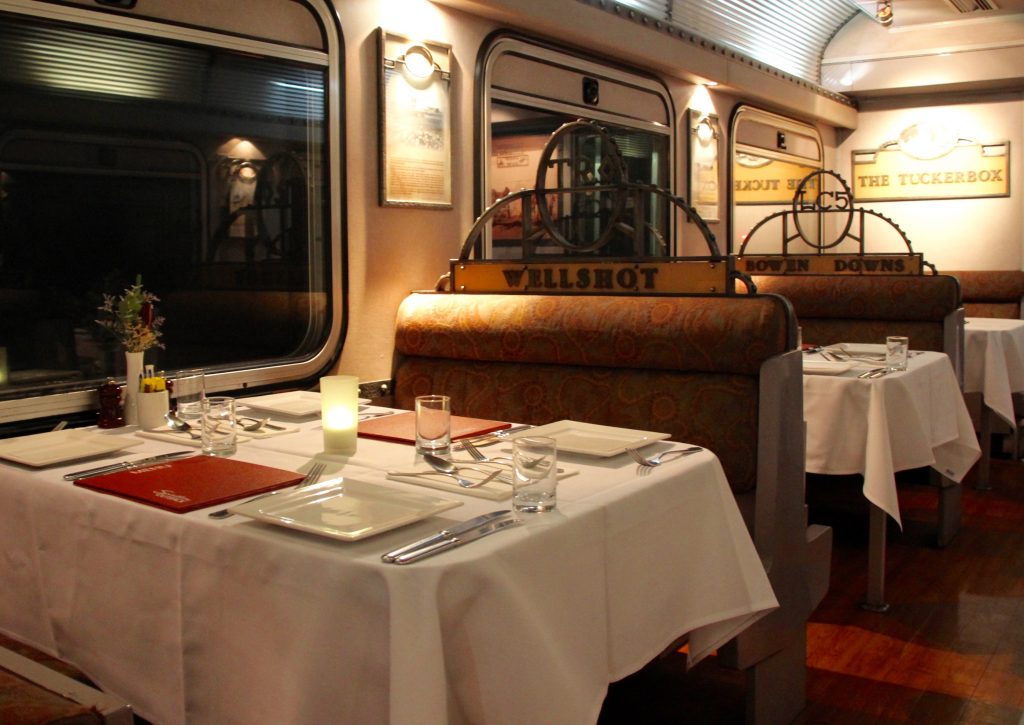 Then the gentle rocking of the train had its soporific way and as my eyes grew heavy I embraced the sweet surrender of giving in to a mid morning nap.

While it’s possible to get from Brisbane to Longreach in about two hours by plane, I was making my way out to the birthplace of Qantas at a much more leisurely pace. One that allowed me to appreciate just how far our forefathers travelled across our sunburnt country before putting down roots in outback towns like Longreach, Winton and Barcaldine.

The Spirit of the Outback takes around 24 hours to travel the 1,325 kilometres of track to Longreach, first heading north from Brisbane to Rockhampton before going west. 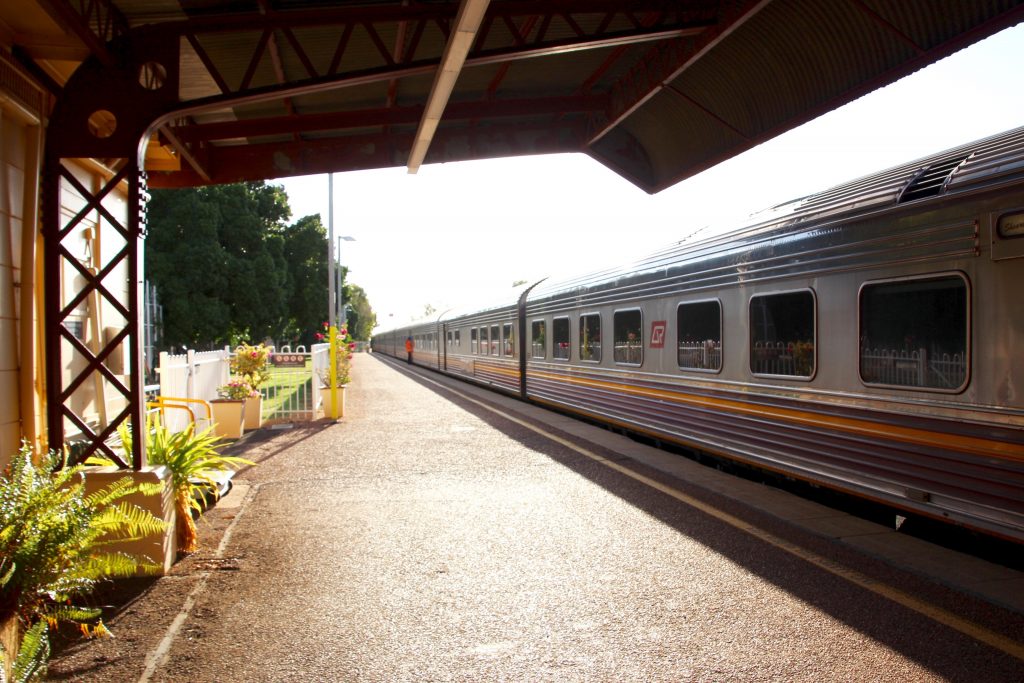 Those travelling in first class have exclusive access to the Tuckerbox Restaurant and Shearer’s Rest lounge and receive an amenities pack with organic Australian products, a facecloth, eye mask and ear plugs. They can also borrow entertainment tablets, though the movie and TV selection is limited so movie marathon fans may want to have their own device loaded and ready to go.
Over the course of our 24-hour journey we have dinner, breakfast, lunch and an afternoon tea of fluffy scones in the Tuckerbox. Here the restaurant’s alcoves are named after the big cattle stations found between Rockhampton and Longreach, and feature the wrought iron cattle brands of Wellshot, Longway, Bowen Downs, Isis Downs, Gracemere, and North Delta.

A look in the tiny kitchen at the end of the dining car makes me appreciate the food coming our way all the more, with dishes including a bushman’s beef salad of grilled sirloin, roasted potatoes, mixed leaves, cherry tomatoes and Spanish onion with a coriander and ginger dressing, followed by sticky toffee pudding with Bundaberg rum ice cream for dessert.

While the restaurant and lounge have been refurnished in the past few years, the sleeper cars are yet to be given the same treatment. They are also very compact. Toilets and showers are at the end of the carriage, and the cabins consist of a washbasin and a seat that can be converted into a bed.

Once that conversion has taken place there is just enough room to stand in front of your little sink. If passenger load allows, as it did on our journey, those in first class can have two adjoining cabins to themselves, and some travellers prefer to purchase a second cabin to guarantee the extra space.

Personally I was happy in my little cocoon, knowing the lounge and dining car were options if I felt the need for more space.
Unlike the Indian Pacific and The Ghan, the Spirit of the Outback does not include long stops for sightseeing along the way. It also has more stops, twenty in all, and is used as an easy way for locals to travel between outback towns to visit family and friends, as well as taking tourists into the outback.

But there is one longer stop to visit a very special tree. 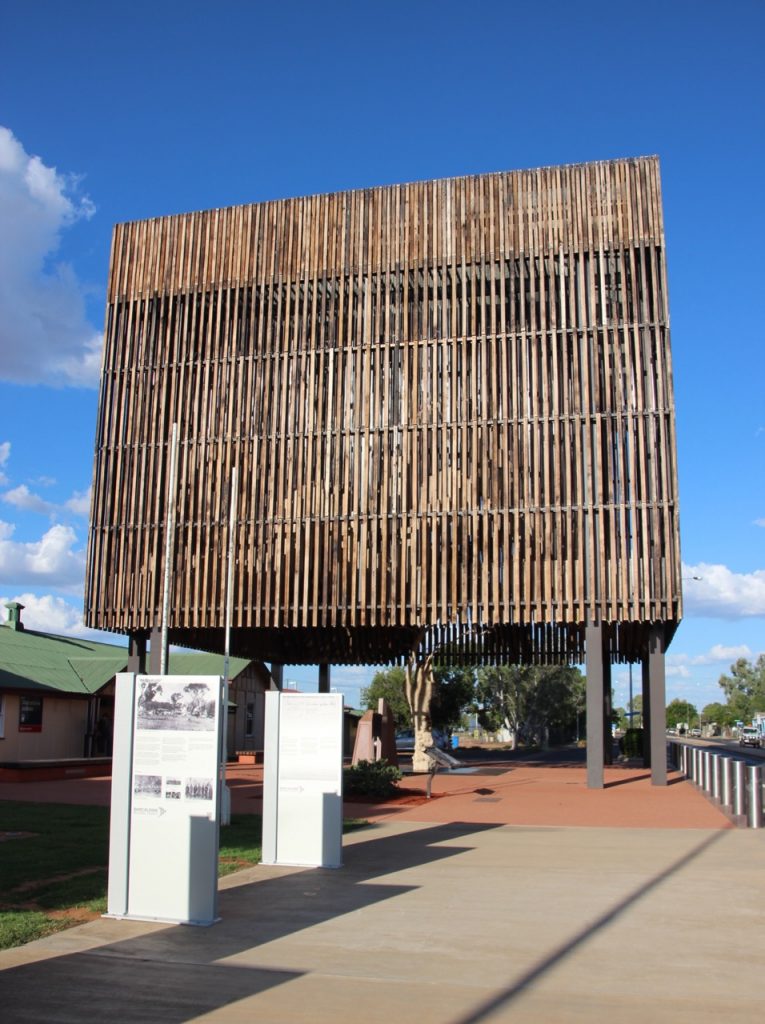 The Tree of Knowledge was the central meeting point for the shearers’ strike in 1891, and became a symbol of the struggle that led to the formation of the Australian Labor Party.

The big ghost gum was said to be around 170 years old when someone poisoned it in 2006. Sadly the tree died, but their attempt to get rid of it backfired spectacularly.

The tree was put through a preservation process and now an award winning $5 million memorial surrounds it, drawing even more attention to its place in Australian history.

After looking up at the tree in front of the Barcaldine train station and thinking about all of the things it had seen, there was time for a short wander down the street or even a quick beer in one of the local pubs before it was all aboard time again.
Longreach was waiting at the end of the line, and our outback adventures were just beginning.